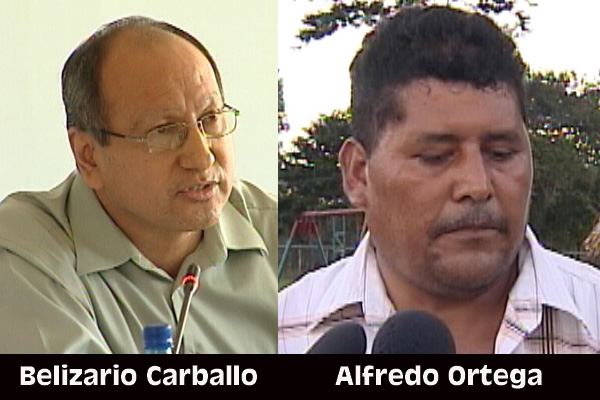 There is now a sliver of hope for the once undecided 2014 sugar cane crop season after a promising meeting was held this afternoon between the feuding parties, sugar producer, Belize Sugar Industries (BSI), and sugarcane farmers, who are represented by the Belize Sugar Cane Farmers Association (BSCFA).

Today, the executives of the BSCFA met with BSI representatives in Orange Walk Town to proceed with discussions in an effort to break the ongoing impasse between the two parties (over payments for bagasse), and to hopefully set a new start date for the new sugar crop season, which has now been delayed for some 6 weeks.

During the meeting, BSCFA presented a proposal to BSI which will later be taken to BSI’s parent company, American Sugar Refineries (ASR). A subsequent response from ASR is expected at least by this Friday morning, January 10.

After the meeting, BSI’s Financial Controller, Belizario Carballo, told the media that it was a rather fruitful session. He said, “I think that we had a very fruitful and positive meeting; I think that we have established positive bases on which we can move ahead. We have some tentative agreements in terms of how we can move forward with the start of [the] crop [season], and we are in the process of concluding negotiations for a new agreement, including negotiations for a payment for bagasse. I think there was a clear understanding as to how that can occur. We have a tentative meeting scheduled for Monday to formalize that basis and to agree on the date for the start of the crop season. Today, we didn’t agree on a date for the start of crop, but we are hopeful that we can do so on Monday.”

According to Carballo, both sides expressed mutual interest in proceeding with the new sugar cane crop season.

As is their standard procedure, the BSCFA executive will relay a report of the upshot of today’s meeting to their general membership at a follow-up meeting scheduled for Sunday, January 12, 2014.

BSCFA vice president, Alfredo Ortega, noted that the cañeros will be the ones left to make the ultimate decision to jumpstart the sugar crop season by next Thursday, January 16.

He stated, “We sat with BSI personnel today and we presented to them a proposal which they took, and they will be looking at it and will send us a response, either by Thursday evening or early Friday morning, which we will be presenting to our members on Sunday at a special general meeting that we will be calling.”

Ortega further clarified what the farmers are expecting out of the negotiations. He stated, “What we are looking for is in regards to what we’ve been asking them in regards a payment for bagasse, and also putting on part what they had presented to us, which was to start the crop without interruption. We have also placed on them that we are asking them to maintain the memorandum of understanding with relation to the past agreement, and also that each side can move forward without prejudice.”

The vice chairman of the BSCFA said that he hopes that after they get back a response from BSI/ASR on Thursday or Friday, they will have a more clear idea as to whether the farmers will be able to get what they are looking for.

BSI/ASR and the sugar cane farmers have been bickering over bagasse revenues since the last quarter of 2013. Apart from there being impassable roads and inundated crop fields particularly due to persistent bad weather, the farmers have refused to initiate the 2014 sugar cane crop season until they receive a legally binding agreement from BSI/ASR which would affirm that the farmers will be paid a percentage of the revenue that BSI makes from bagasse, which is a value-added byproduct of sugar cane.

According to BSI, an estimated 10 million dollars of revenue will be forfeited due to the projected decrease in sugarcane output for this crop season.