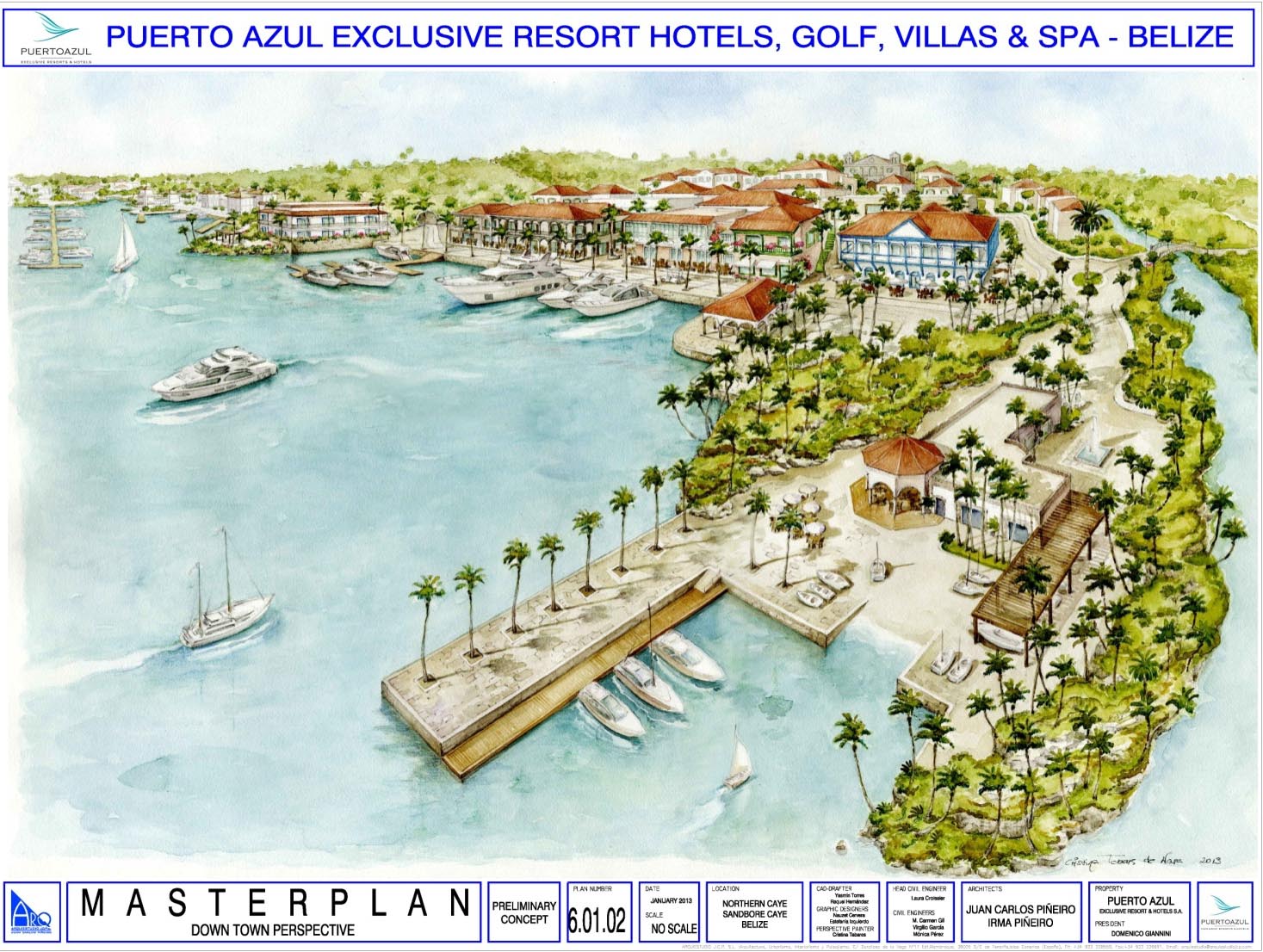 International NGOs – the World Wildlife Foundation (WWF), Oceana, and Healthy Reef for Healthy People – in conjunction with the regional MarAlliance and three local NGOs: the Belize Tourism Industry Association (BTIA), The Association of Protected Areas Management Organizations (APAMO), and the Belize Audubon Society, have issued a joint statement calling on the Government of Belize to make an official statement on the status of the proposed multi-million-dollar, mega-tourism project by Puerto Azul Belize Limited which the company wants to set up at the Lighthouse Reef Atoll, only 8 miles south of the majestic Belizean wonder – the Great Blue Hole.

“Belize’s greatest asset is the pristine nature of its world class natural wonders. To place what can only be described as a theme park for billionaires in the middle of Lighthouse Reef, perhaps the nation’s most valuable natural asset, is nothing less than a crime committed against our future generations,” the joint statement said.

The NGOs express concerns over the fact that the area slated for the mega-tourism project, directed by Italians Domenico Giannini & Fabio Nicola La Rosa, is environmentally sensitive in several ways.

“There are many other places in Belize that are better suited to this type of investment that will bring greater benefits to our people with much less damage to our precious environment,” the NGOs add.

They state that the scale and scope of this project as outlined in its May 2014 international debut to potential investors are cause for substantial alarm and raise a long list of questions that Belizeans deserve to have answered.

The NGOs want to know the status of the feasibility study on the project, and they call for it to be made public.

Amandala spoke today with the head of the Cabinet subcommittee on investments, Senator Godwin Hulse, who is also the Minister of Labour, Local Government, Rural Development and National Emergency Management and Immigration and Nationality, for official comment.

He told us that while the company did present the proposal to Government officials, Puerto Azul is still in the process of doing its feasibility study, after which the Cabinet subcommittee will do a proper review of the proposal based on the 5-point investment criteria established in 2013. Hulse said that if the project meets the criteria, then it may be “a go.”

The Minister also told us that a “very preliminary presentation” was made to Cabinet laying out the concept, but as the chair of the Cabinet subcommittee, he has not been formally apprised of all the details of the project.

Hulse said that Puerto Azul had requested approval to begin studies, but “they know from the outset that there are some things that would not be acceptable…”

“It is our responsibility to see what they present to us and analyze that in-depth,” he said.

The NGOs which have raised concerns about the project have some more questions they would like the Government to answer. They want to know, for example, whether this plan reconciles with Belize’s tourism marketing strategy of authenticity.

They also question whether the presence of Tourism Minister Manuel Heredia and Trade and Investment Promotion Minister Erwin Contreras at the project’s unveiling in Cannes, France, indicate an official endorsement of the project by the Dean Barrow administration.

“Who paid for Ministers Heredia, Contreras and their entourage to attend the European event? Were taxpayer dollars used or were the project’s developers able to purchase the perception of a Governmental green light by hosting the Belize delegation?” they query.

Hulse told us that technical personnel in Government will also have a chance to review the formal proposal once the feasibility study is presented to them, and they will advise the Government on the way forward.