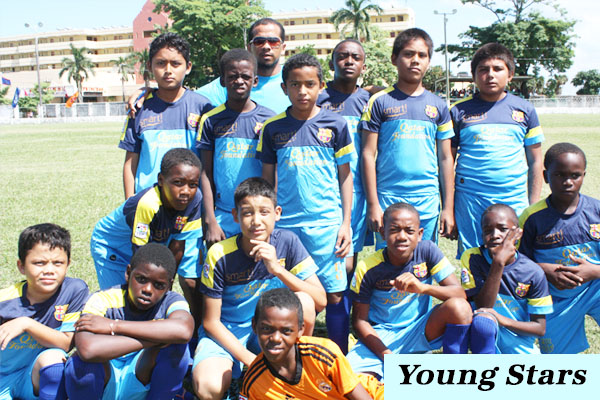 After 5 weeks of competition at the MCC Grounds, the top 3 teams in the standings of the SMART 13 & Under Football Tournament are still undefeated, with standings leader Brown Bombers sporting a perfect 5-0 record; while 2nd place City Boys have drawn twice, and 3rd place Ladyville Jaguars have 3 draws so far. At the completion of the 9-week single round-robin, where each team plays 9 games, the top 4 teams will enter a knockout semifinal, with the winners then facing off for the championship.

In game 3, it was City Boys, 2-0, over Hattieville United, with Kenroy Linares scoring both goals for City Boys.

Game 4 was another shutout, as Ladyville Jaguars bombed Survivors, 4-0, with 2 goals from Lyndon Flowers and 1 each from Joshua Martells and Allen Anderson.

The fifth and final game of the day ended in a scoreless draw (0-0) between Collet Strikers and Third World.