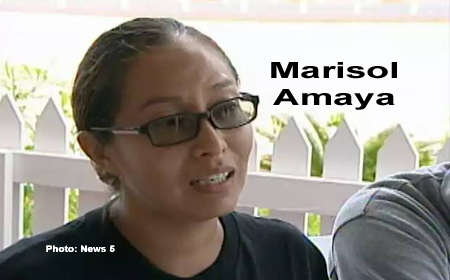 BELMOPAN, Cayo District, Thurs. May 18, 2017–Yesterday, Wednesday, in an attempt to protect former disgraced Minister of State in the Ministry of Immigration, Elvin Penner, from the unrelenting questioning of Opposition PUP Senator, Eamon Courtenay, as well as other senators, regarding the Won Hong Kim passport and visa scandal, the ruling UDP administration sent UDP party chairman, Alberto August, and the House of Representatives’ Sergeant-at-Arms Brian “Yellowman” Audinett, to disrupt the proceedings and physically try to intimidate journalists and reporters covering the Senate hearing into allegations contained in the Auditor General’s Special Audit into the Immigration Department scandal.

August and Yellowman were joined by Housing Inspector Allan “AK” Kelly and several other UDP henchmen.

The UDP went to special lengths to protect Penner even though, after the scandal broke, he had been removed from the Cabinet in 2013. What has been clear from the Senate hearings is that Penner was not the only Minister who had questionable dealings with the Immigration Department where visas and passports were concerned.

In what was obviously an escalation of their attempts in the Senate to muzzle Senator Courtenay and other senators by shouting insults and generally misbehaving, for which they should have been thrown out of the Senate hearings, Yellowman also physically assaulted some of the reporters and journalists covering the hearings.

The physical attack occurred inside the National Assembly after chairman of the Senate Select Committee, Aldo Salazar, called a halt in the morning’s proceedings. 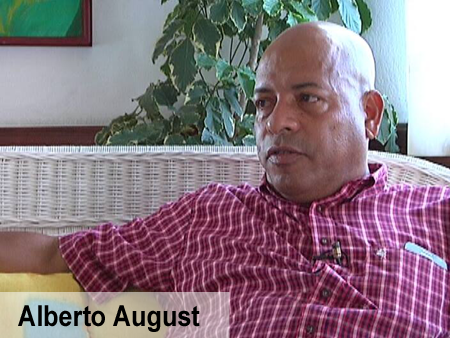 An apparently intoxicated Yellowman wrenched away the phone of KREM Radio news director Marisol Amaya from her hand and shouted that he would destroy it. Yellowman’s act of aggression against Amaya was caught on video.

Cirilo Choco, a cameraman at Plus TV, explained what transpired between him and “Yellowman:”

That other camera man, whom Yellowman threatened to lift and throw across the gallery with his camera, was Dennis Ellis of 7News.

“It was really disrespectful and I am going to do a report, because it is really necessary,” remarked Choco.

He added, “I don’t think Yellowman should even be in the House if this is the kind of attitude that he will be showing to the public, especially to us as cameramen.”

When we asked if he was fearful for his life, he conceded he was very fearful as the men had promised to give him a beat-down once outside the doors of the National Assembly.

Choco has filed a report for future reference, but has not requested court action for assault. Amaya has said that she will also file a police report, since she has been advised that a charge can be brought for “threat of damage to property,” and “common assault.”

Previously, last Wednesday, May 10, a concerned August tried his best to distract Senator Eamon Courtenay in his questioning of Penner.

However, Chairman Salazar asked August to leave the hearing that Wednesday, which he did. 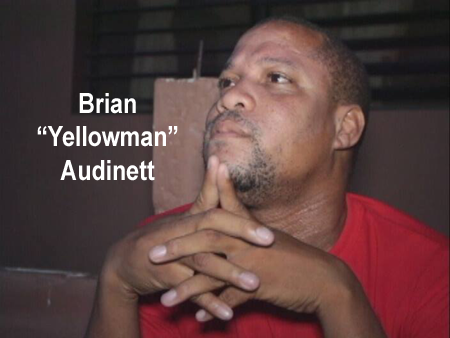 August insulted Senator Courtenay with phrases such as, “You right there, di grandstand; give back the people the money, you thief. You right there asking simpleness.”

Kelly would also add his share of insults, such as, “Tell Courtenay go represent Ashcroft; he can’t represent we in the National Assembly. If he di represent a man that wants to take over our country, what’s wrong with him.”

However, when the hearing resumed, August and his UDP henchmen were still in the Senate, with the same behaviour, for the duration of the hearing.

When Amandala spoke with Senator Courtenay, he reflected on what transpired.

He told us, “I regard it as being done with the sanction and approval of the higher echelons of the United Democratic Party. And Mr. Penner, you heard him at the very beginning give a political speech clearly that was also rehearsed and prepared for the purposes of today’s hearing.”

He added, “…The United Democratic Party government and certain Ministers and other officials, in particular, have things to hide and I was one of the persons, including my other senators, who were asking pertinent and relevant questions and putting Mr. Penner on the hot seat, and hence they decided that they were going to distract and disrupt the proceedings today to get us away from that.”

When the media asked Chairman Salazar why he did not eject the disruptive men from the hearing, he said, “I did ask for one to be removed by the police, which is the point at which the people in the gallery became more heightened, which is something we want to avoid…”

In response to the attack on Amaya, the general manager of KREM Television, Nuri Muhammad, has since written the Officer Commanding Belmopan police, Howell Gillett.

In his letter he said, “I make specific reference to the video recording of Mr. Brian ‘Yellowman’ Audinett, an officer of the National Assembly (macebearer) assaulting our News Director, Marisol Amaya, by snatching her phone/camera and threatening to destroy it. This was not only an attack on Ms. Amaya, but for what she represents: FREEDOM OF THE PRESS.”

The letter concluded, “Clearly, this was a blatant assault and therefore a criminal act. We are therefore calling on you, as Commander of the Belmopan Branch of the Police Department, to address this matter appropriately and immediately.”

At the end of last year, UDP agents instructed police to forcibly remove an Amandala journalist from a public area while he was on duty.

Last November, Plus TV journalist, Louis Wade, was almost run over by a vehicle driven by a Minister’s son.

Members of the media are making preparations to have “Yellowman” prevented from attending sittings of the Senate Select Committee.