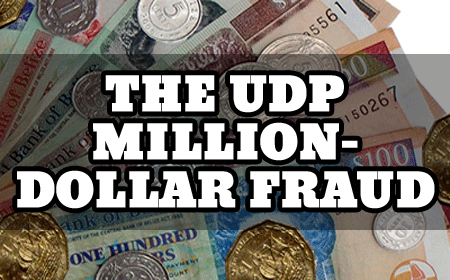 The Decision
In an interview with the media on 3rd April 2017, Patrick Faber, Deputy Prime Minister and Minister of Education, Youth and Sports, casually announced, like nothing was wrong with it, that the Government of Belize had decided to pay $1 million dollars of public funds to those teachers who turned up at largely empty schools during the 11-day teachers strike last October, while many parents and other citizens kept their children out of school and marched in solidarity with the striking teachers. Since this announcement, the Government’s decision has been roundly condemned by the opposition People’s United Party, the Belize National Teachers’ Union, the Belize Chamber of Commerce and Industry, the National Trade Union Congress and by the public at large. At the time of writing this, there has been no public response from the Government to the widespread condemnation of its decision.

To be clear, this decision means that the Government intends to dash weh $1 million of public money to teachers who have already been paid their full salaries for the days of the strike when they went to school but did not teach. Those teachers who actually participated in the strike, which had notable achievements, will not enjoy any of this braata.

Why di kohnsolebeh?
It is important to understand why the Government took this decision. The BNTU will hold its annual convention in Corozal Town 18 -20 thApril 2017 and will, among other things, elect a new president to replace Brother Luke Palacio. The UDP has vilified Bro. Luke, for leading the BNTU in a patriotic fashion. They now wish to emasculate the BNTU.

The UDP believes that the majority of the teachers who turned up at schools during the strike did so to show support for the UDP Government. Based on this analysis, the UDP expects that these teachers will vote for the candidate for president, whom the UDP is actively campaigning for in the upcoming BNTU elections.

This is how the $1 million comes in. It is not an honorarium as Mr. Faber called it. It is a bribe, Mr. DPM. This is Petrocaribe 2.0. The UDP bought the 2015 general elections with $40 million of Petrocaribe funds. They will now try to buy the BNTU for $1 million.

Audacity and Impunity
One way to look at this sordid scandal is to say, whatever — politics as usual. This is not the first or the last election in which politicians will use public funds to influence the outcome. True.

But this latest UDP scam has an audacity and impunity that we have never witnessed before. In the past, public funds have been used covertly to influence elections. After the elections, supplementary appropriation bills were brought to the National Assembly to “approve” the illegal expenditure that had been used for “poli-tricks.” Not this time.

There is no hiding, no secrecy, no trick, no deception. We have been told upfront by the UDP Government, before the dastardly deed is done, that it will squander $1 million tax dollars. Audacity. Impunity. Hubris.

These are public funds. These are our tax dollars. They do not belong to the United Democratic Party.

The UDP Government intends to give these monies to persons who are not entitled to it. Don’t forget, these teachers have already been paid for showing up to empty classrooms during the strike of October 2016.

Illegal
There has been no legislative approval for this $1 million payment. Last month the National Assembly approved, over strong objections, an austerity budget for 2017-18. This largesse was not included in the estimates of expenditure presented by the Ministry of Education as a part of the recent budget exercise. There is absolutely no National Assembly approval for this UDP bribe.

A Time for Action
Belizeans, do not underestimate the seriousness of this bribe by the UDP. It speaks to the future. It sets a dangerous precedent. If the UDP can give away $1 million to teachers in 2017 without any consequences, nothing will stop them from announcing that they are giving away $10 million to their supporters in the run-up to the 2020 general elections! They will call it “election cheer” and laugh at us!

Should we allow this monstrosity unfolding before our eyes “fi bloa ovaa laik wahn lee breez”? Hell no! It is a time for bold action!

First, if the UDP proceeds with this bribe then the Ministers of Finance and of Education – Dean Barrow and Patrick Faber – should be criminally prosecuted. They should also be personally sued for misfeasance in public office to recover the monies lost through this obviously illegal scam.

Second, civil society – unions, business, churches – and the Opposition should collaborate to devise a plan to make the Government reverse this wrong-headed decision. This plan should include the withholding of taxes, go-slow at work, street protests, and if necessary a national strike! For example, customs officers can send a strong message by simply delaying or suspending the processing of customs entries. The Government desperately needs that customs duty. Individuals and businesses, let’s file tax returns at the end of April but withhold the payments. The Government will definitely get the sense. After all, if they have $1 million fi dash weh, they certainly don’t need our tax dollars.

Only a firm and united stand by the Belizean people, today, can stop this criminal enterprise upon which the UDP has embarked.