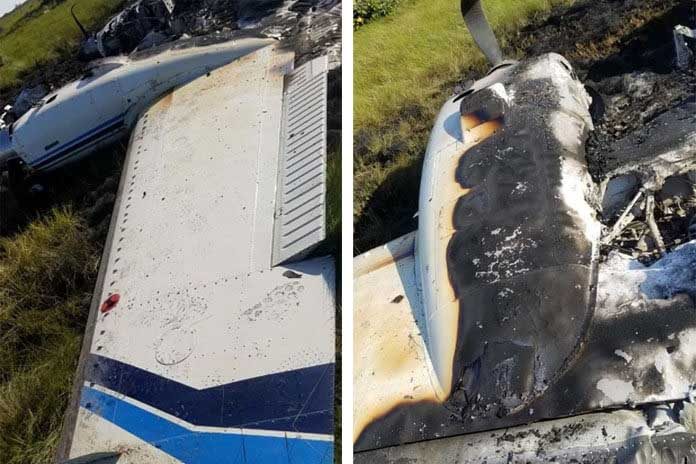 The plane was seen severely damaged and burnt. It is believed that it crash-landed and it was deliberately destroyed. The person or persons who were traveling in the plane were nowhere to be found, and it is not known what cargo it was carrying.

An investigation into the crash and destruction of that suspected drug plane has begun. The area was only accessible by sea and the Coast Guard, along with police, went to the location, where they found the destroyed plane.

This morning, Thursday, February 6, just about 11 days after that plane was found destroyed in the Monkey River area, another suspected drug plane was found, again, in the general area of Monkey River. By the time law enforcement officers arrived at the scene, however, the plane had already been destroyed.

During the regular police press brief held this morning at the Raccoon Street Police Station, Senior Superintendent Hilberto Romero said that while nothing else is known about the matter, police are still investigating.