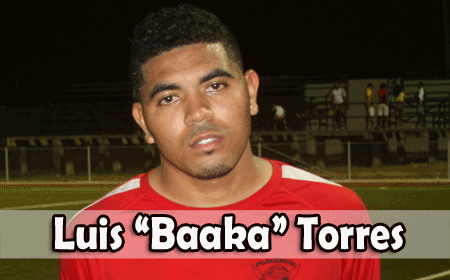 BELIZE CITY, Mon. Apr. 11, 2016–There will be no more questions as to which team will represent Belize in the next CONCACAF Champions League tournament; that matter was settled last week with Police United FC ending the 2015-2016 Premier League of Belize (PLB) Closing Season regular season with a combined total of 40 points over the Opening and Closing seasons, 1 point more than their closest contender, Belmopan Bandits FC, who finished with 39 points.

However, Police United prevailed in the total-points race in the regular seasons; so, regardless of who becomes champion in the Closing Season, it is Police United FC who will represent in Champions League.

What is it, is what it is; but we still have a Closing Season championship to be decided. And the semifinals are halfway done. Both semifinals Game 1 were played on Saturday night, April 9. At the Isidoro Beaton Stadium in Belmopan, home standing Belmopan Bandits rode 2 first half goals, from Honduran Kervin Johnson (17’) and Ian “Yellow” Gaynair (22’), to a 2-1 victory over visiting Belize Defence Force FC, who cut the lead in half through Rickey Ricketts (73’) but were unable to get the equalizer. Meanwhile, at the Michael Ashcroft Stadium in Independence, it was tit-for-tat between home squad Placencia Assassins and defending champion Police United, with Police emerging 3-2 winners. Shaking the net for Police were Devon Makin (5’), Harrison “Cafu” Roches (24’) and Amin “Tacos” August, Jr. (63’); while Ashton Torres (3’) and Mario Villanueva (52’) hit the target for Placencia.

Both series are very much in the balance, as only 1 goal separates the teams. Neither winner from Game 1 can afford to sit back and play for a draw in Game 2, as one lucky goal could change everything. Norman Broaster or the MCC; it will be the same story this Sunday – losers “go home,” and winners go on to big championship finals.

A very important aspect of Sunday’s games for fans to be aware of, will be the way “away” goals are counted in FIFA; which method will be applied, according to PLB officials, if the teams are tied in aggregate goals after the end of regulation play.

How it goes is like this: If, after the end of regulation, the two teams have an aggregate tie in goals over the two games, then each “away” goal is counted as 2 goals. For example, if BDF wins 1-nil on Sunday, they would be tied 2-2 in aggregate goals with the Bandits (because Bandits won Game 1 by a 2-1 score). In that case, the “away” goals would then be counted as 2 goals, thus giving BDF a 3-2 win. Or if Placencia would win 1-nil in San Ignacio, that would put them at a 3-3 aggregate tie with Police United (Police won Game 1 by a 3-2 margin); but when the “away” goals are counted as 2, Police (who scored 3 goals in Placencia) would get the win by a 6-4 margin, since Placencia’s 1 goal in San Ignacio would count as 2 along with their 2 home goals.