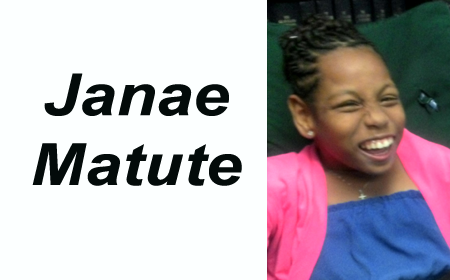 BELIZE CITY–Prime Minister and Minister of Finance Dean Barrow confirmed via the media today that the Government of Belize will make good on the payment of the $2 million award handed down by the Caribbean Court of Justice (CCJ) to Janae Matute and her mom, Georgia Matute.

Last week, we told you that since the CCJ handed down its decision in April 2014, the family had not received any funds from Government, despite assurances from the Government that the family would be paid.

Fred Lumor, SC, the family’s attorney, last wrote Financial Secretary Joseph Waight in October, but did not receive a reply.

Today, the Prime Minister told the press, “I think that I was required to agree that installment payments should be negotiated. I seem to recollect having done that.”

Barrow said, “It does go hard against us, but it goes even harder against the poor child and the family, so we need to pay them, and so I will now try to find out why it is that there has been no movement, with respect with the negotiations of the installment payments.”

Last week, Deputy Financial Secretary Marion Palacio had told Amandala that the payment is imminent but he did not think that it would be made to the family before Christmas.

Lumor said that if the Government does not begin making payments by year-end, he will be forced to initiate constitutional proceedings in the Supreme Court against the Government of Belize, claiming that the refusal to pay is deprivation of property under the Belize Constitution.

Lumor also explained that any payment arrangement and any monies disbursed to the child have to be approved by the Supreme Court, and any expenditure incurred on behalf of the child by her mother has to be approved by a judge of the court before that disbursement can be made.

“Whatever needs to be done, let’s get it done so these people can start being compensated as they should be,” Barrow told the press.