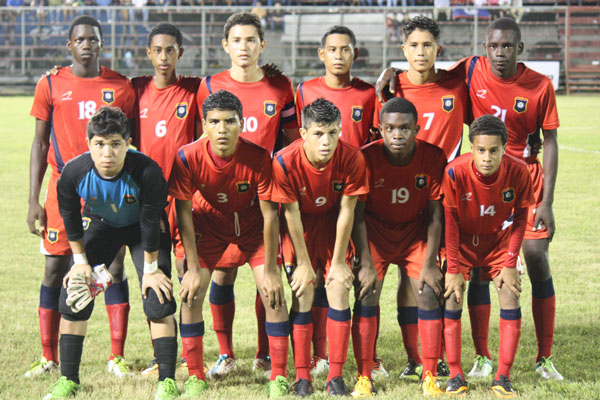 After defeating Nicaragua, 2-1, on opening day, Monday, November 18, and losing 2-0 to El Salvador on Tuesday, the Belize Baby Jaguars suffered their second loss yesterday to Guatemala by a 3-2 score in the UNCAF U-16 Championship being hosted in Belize at the FFB Stadium. Tonight Belize faces Honduras, and tomorrow, in the last game of the tournament, Belize meets Costa Rica.

Six Central American teams (Panama is not participating) are seeing action every day from Monday to Friday of this week, with the winner to be determined by points total (and goal difference and most goals, if necessary). The games are played with 35-minute halves.

Considering that we are yet to conduct a National Inter-District U-15 football competition, for players to better hone their skills, as well as allowing for more recruitment of talent country-wide, our Baby Jaguars are giving very good account of themselves against teams from countries who have fully integrated youth programs going for some years now.

A lot of pressure has been put on our boys, perhaps unfairly, to excel in this competition. We want them to win, and they are giving everything on the field. Let’s applaud our youths for a tremendous effort. We’re getting there. We’ll do better next time.

But after this showcase is over, just let us then proceed with our youth tournaments, countrywide, culminating in the promised youth Inter-District Championships (U-13, U-15, U-17, U-19?). Please, FFB, let us not betray our youths again, as happened after 2007 under the past administration.

FLASH – Reports just in are that Belize lost 1-0 to Honduras tonight.  Tomorrow, we play the final game against Costa Rica.  Win, lose or draw, our boys have represented the Jewel proudly with their heart and soul in the UNCAF U-16 Championship. Go, Belize!! Go, Baby Jaguars!!!