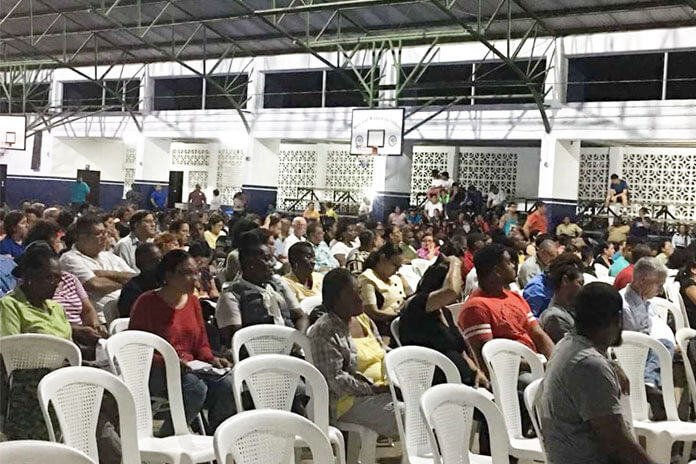 BELIZE CITY, Mon. Jan. 20, 2020– The conversation concerning the Equal Opportunities Bill made its way to Belize City on Thursday, January 16, at the St. John’s College Gymnasium. As previously stated by the Anti-Discrimination Steering Committee, the bill has been drafted utilizing over twenty years of data collected from all sectors of Belize with the intent to reduce discrimination for all people living in the country. 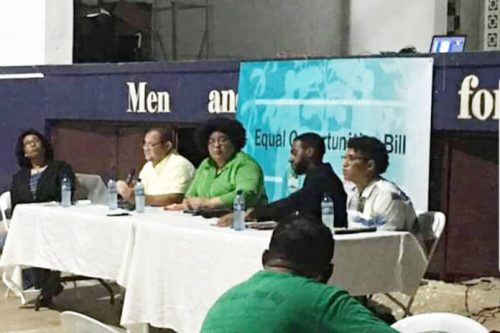 The committee first laid out the details regarding the stipulations of the bill and subsequently opened the floor to the audience so that they could ask questions or express concerns. There was not an outright rejection of the bill as was observed in Toledo at the previous consultation; however, the National AIDS Commission (NAC) did issue a statement the following day (Friday, January 17) addressing some of the issues that were raised by the public thus far. In the statement the NAC made the following remarks:

“In response to some of the concerns which emerged from the consultation sessions held so far, we would like to clarify what this bill does NOT intend to achieve:

• The Equal Opportunities Bill does not seek to affect the institution of marriage as a union between a man and a woman. The Marriage Act will NOT be amended or otherwise affected by this bill, which does not deal with the same subject matter.

• The bill does not seek to address abortion in any form or fashion. Abortion is NOT included or otherwise established by this bill.

• Freedom of Religion, including the right to share religious views, to witness to others, and to invite persons to share your faith is NOT in any form and manner restricted or altered by this bill. Freedom of religion as established in the Constitution remains untouched.

• The bill is regulating civil matters and does NOT create new crimes.

• This bill does not establish hate speech, which is regulated by existing provisions of the Criminal Code that are not amended or modified by this bill.”

Consultations were held in San Pedro, San Ignacio, Belmopan, Dangriga, Punta Gorda, Belize City, and Orange Walk and concluded in Corozal this past Saturday night. According to the statement, the NAC remains open to suggestions and concerns from the public until January 31, 2020. Those suggestions and concerns will be considered and published in the finalized consultation report, stated the NAC.

After completion of the report and a revision of the bill, it will be presented to the National Assembly and the House of Representatives will meet to make a decision on its fate.