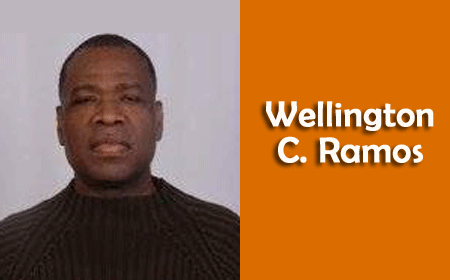 Belize is a country with a population of about 400,000 people. It is underpopulated and there is enough land in the 8,867 square miles to give each Belizean a lot to build a home for his family and himself. Plus, almost every Belizean family can own farmland which can be subdivided to give all their members a lot to build a house for themselves.

Yet, there are hundreds of Belizeans at home and abroad, who are yearning to get a piece of lot to build their homes, but cannot get a lot to do so. The reasons are: a selfish family member who has the title for the family land and refuses to share it with other family members who are entitled to some of it, a family member who sold the family’s titled land without the written consent and approval of all the family members, a family member who had or have access to a government leased property that was given to their parents and sold the lease, a family member who acquired the lease and purchased the land for his or herself, the failure of government to issue ongoing leases to citizens regularly, the long waiting period for the Government of Belize to issue certificate of titles to people after they discontinued fiat titles, some government employees deliberately replacing the owners of leased properties without granting the current lease holder prior notice, no new land designated by the government in the districts for lease distribution  and the refusal of Land Department employees to process citizens documents in a timely manner.

Years ago, in order for Belizeans to get a lot or a piece of land, the PUP and UDP had a lots committee in each district to implement the entire process. Under that system, most people got land when their party was in power. If their party was not in power, their applications never got processed, while they were told by the local offices that their applications were sent to Belmopan. That system was hated by most Belizeans and the UDP and PUP promised to come up with a more fair and transparent process, which never came to reality.

This is what many Belizeans, including myself, have been experiencing while trying to acquire a piece of lot or land in my country of birth. Almost every Belizean citizen has experienced one of these issues that I have outlined in this article. This is a lot of pain and suffering that we have been going through in our country for years now.

While we the citizens continue to hope and wait, under the Belize refugee program, many Guatemalans and Salvadorans have and continue to come into Belize and get lots and farmlands for their families and themselves. I have nothing against these people, but this is not the way that the Government of Belize should be treating its native citizens. We, the Belizean people, should not allow these abuses to continue under these two major political parties any longer.

I ask that we organize a Belizean land rights rally. All the issues that I outlined should be brought to the attention of our elected representatives. We should also give them a time frame to address our land concerns. A case in point: I bought a lot in Dangriga in the 1990’s and have a fiat. I submitted documents for a Certificate of Title five years ago and I am still waiting for it. How much longer must I wait? There are many other Belizeans, like myself, who are going through this same experience. Without our land documents, we cannot do some business transactions. It is now time for all of us to bring our land problems in the forefront of this struggle because we cannot endure this pain and suffering any more.