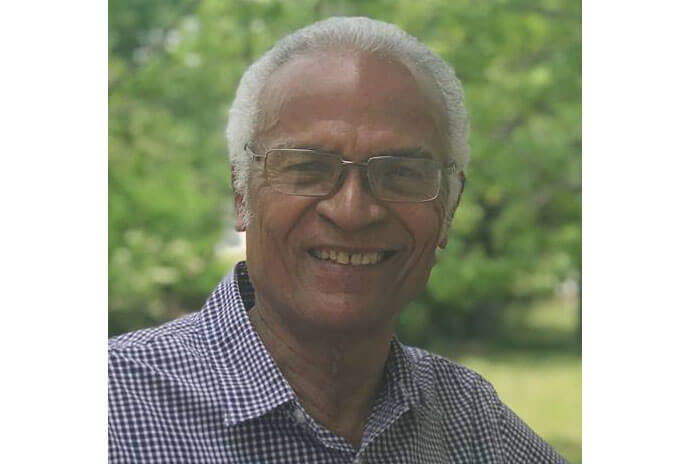 Belmopan,
On Friday night I read Bilal Morris’ piece in the Amandala of 3/23/2020 on the legacy of George McKesey. While I read, George Jones was crooning his 1985 C&W song, “Who’s Gonna Fill Their Shoes?” The song is about the likely vacuum to follow departed/ing giants of the C&W genre, but as I listened I realized the question could be posed regarding a swathe of other talents.

The next morning, a local radio station featured another George —George McKesey, in a story about a Chinese businessman’s resourcefulness, a caricature he used a lot in his 50’s/60’s comedic spots on Radio Belize. And out of this juxtaposition of imageries came the question: Is there anything in McKesey’s legacy to engender a desire to “fill his shoes?”
Now, George, in fairness to his journalistic successors, had a niche. It was humor. Creole humor. And his goal was to make us laugh: the lighter side of radio, one might say. But he was more than just a funny man. As Morris puts it, “He was exceptionally talented as a …historian, entertainer and broadcaster who displayed excellence in technique and delivery…” Whatever other qualities one might have in his/her quiver, there’s nothing to trump these two skills in the art of communication. The best story, profoundest op-ed, most upbeat weather report, informed advertisement or even the elegiac death announcement lose much of their grip on the listener due to an ersatz delivery or a token nod to technique. And if it’s true for the radio announcer, it’s even more so for TV personalities.

As I read Morris, I asked myself whether George would also have stood tall in television. Mr. Morris says his presentations “…were like an imaginary television beaming at you in the room…” But imagining someone having a television persona, is not the same as seeing that individual in the part. On a radio broadcast, no one sees when you get distracted, need to shift your weight, or smirk. The only defining attribute is your voice. The eyes of the TV cameras, on the other hand, miss nothing: the darting eyes, the playful fingers, the hesitations…

McKesey died in 1982 when television was just taking root in Belize. It may be said that, given our demographic changes and a more cosmopolitan audience, his use of Creole (Kriol) on TV as the medium for his humor would not have the same efficacy as it did on radio. But that’s forgetting those twin anchors that underpinned his success: technique and delivery, competences of a somewhat spotty distribution nowadays.

For me, George had the versatility that would have enabled him to bridge the transition from radio to television seamlessly. Even while relying on Creole (Kriol) for his punchlines.

Another sobering theme from the George Jones song is the reminder that,

…this old world is full of singers,
But just a few are chosen…

George McKesey was one of the chosen ones. No, not as a singer, but, as his biographer so rightly said, as “…the epitome of Belizean radio broadcasting.”

Questions for Social Security Board

Dear Editor, I am a retired United States citizen who has been residing in Belize since May 1, 2017. On December 6, 2019, I was granted...
Read more
Letters

Dear Editor, Joggers, runners, walkers, and strollers: they have this in common—most do not wear a mask. I’m a stroller, but I always wear mine...
Read more
Letters

Dear Editor, The general election is fast approaching, and because of this new normal it’s difficult to get a pulse of the people in regards...
Read more
- Advertisment -