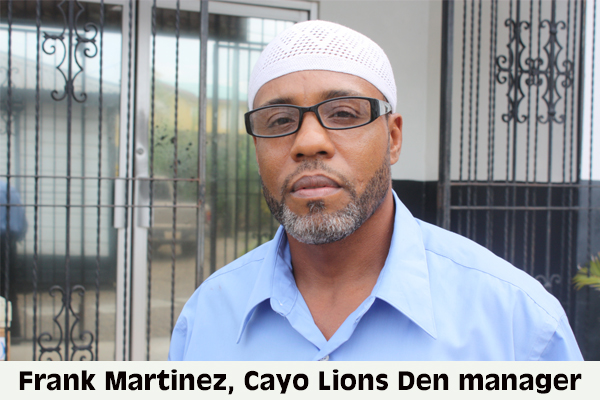 Boxing in Cayo at Sacred Heart Auditorium on February 15

Cayo Lions Den manager Frank Martinez informed our sports desk this morning that his gym is planning a boxing event for Saturday, February 15, at the Sacred Heart Auditorium in San Ignacio. Some young boxers are being invited from Dangriga, where they are under the tutelage of former boxing star, now trainer, George Swazo. Along with the young boxers from the Cayo Lions Den (trainer, Frank Martinez) and the Ladyville Lions Den (trainer, Clinton Tucker) gyms, Martinez said he is also hoping to have a good turnout of young boxers from the Leopold Smart Gym in Belize City. “The youths are hungry for the chance to test their skills,” said Martinez, “and it is up to the different gyms to make the effort to give them that opportunity to compete and to interact with other youths from across the country.”

The biggest obstacle in staging a boxing card is covering the cost of the logistics, said Martinez, and he said he met with Boxing Federation President Moses Sulph to discuss the importance of seeking support for these initiatives, and to encourage all the boxing gyms to support each other by participating when events are planned.

“We have to start small,” insisted Martinez, “and right now we must focus on the youths; down the road the economic aspect of the sport will develop, but first we must build a good foundation with a lot of young boxers.”

According to Martinez, there will be a range of prices for seats at the upcoming boxing event, with the price depending on level of proximity to ringside. The closest or ringside seats are $20.00 each; behind those are $15.00 seats, then $10.00, $5.00 and as low as $3.00 for a seat at the back, with fans being allowed to stand and watch the action for FREE.

At the last boxing event, “Road to Glory,” hosted by the Belize Boxing Federation at Bird’s Isle on December 15, Minister of Sports Hon. Herman Longsworth had promised to sponsor a National Boxing Championship in April of this year, and he said it would be an annual event. Meanwhile, BBF President Moses Sulph had declared that the next event in the “Road to Glory” elimination tournament would have been on January 15; the tournament was to select boxers in various weight categories to represent Belize later in the year at international events.

Martinez said the event is sanctioned by the BBF, and can thus be used as a part of its elimination process for selecting boxers.