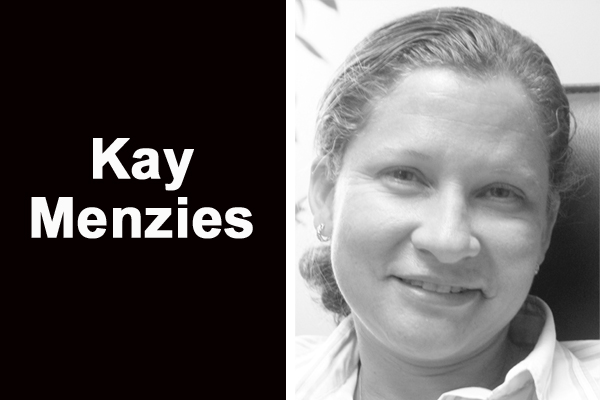 Kay Menzies, president of the Belize Chamber of Commerce of Industry (BCCI), told Amandala this morning that while the Chamber and its members absolutely support the move to enact safety legislation, the OSH Bill is detrimental in its current form and it “absolutely will not work,” because it will raise the cost of doing business.

The Public Service, Labour, Trade and Industry Committee of the House, led by Albert area representative Herman Longsworth, met with the private sector at the Chateau Caribbean Hotel last night, and heard the concerns of the private sector.

Menzies told Amandala that after their preliminary analysis of the bill, they came up with 38 points of concern, and those were submitted to the House committee last night, to indicate what the private sector would like to be fixed in the bill. If the redrafting will not suffice, said Menzies, they will ask legislators to go back to the drawing board.

The BCCI president expressed the hope that they will be able to work with the unions to shorten the process of revamping the draft bill.

According to Menzies, the private sector is of the view that the focus of the existing draft bill is more on punitive measures and less on providing a reasonable level of safety on the job – which she said is the wrong focus.

The BCCI also says that Government may want to consider establishing a unit within the Social Security Board to carry out the functions of the National Occupational Safety and Health Authority and the Occupation Health and Safety Inspectorate, which the bill proposes, rather than creating a new entity – which would, in turn, drive up the cost of the initiative, Menzies told us.

She said that “perhaps this [inspectorate] could be folded under the Social Security Board” which already has data for workplace injuries.

A country of 350,000 people cannot provide enough business to make the economy grow, and in order for Belize to efficiently tap export markets, it must reduce the cost of doing business – but the OSH bill would run counter and would do so at the wrong time – when the country is trying to rebound from 0.7% economic growth in 2013, Menzies told us.