Cricket Corner – Your mistake is another man’s gain. 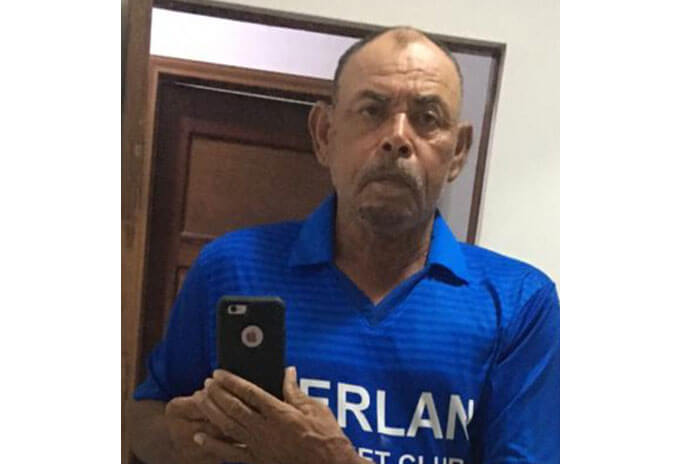 Under the auspices of the Belize National Cricket Association, the Bowen and Bowen/ Harrison Parks 2020 Cricket Competition is in full gear. Who will be victorious in the end? Hard to tell at this time; in no particular order, I give to you the best I can possibly do for you to get the feeling of our cricketers on the field of play this past weekend.

I start with Western Eagles vs Brilliant at Crooked Tree. The home team went in to bat first. The Eagles bowling was not that bad at the start of the inning. As my headline stated, young Keagan Tillett batted a few runs then hit a ball in the air; Eagles outfielder missed the catch; and at the end, that allowed him to score 108 runs. At the fall of the last wicket, the total score was 191. The other ten batsmen only scored 83 runs. Percival “Chick” Joseph took 4 wickets, including a hat trick (meaning he took 3 wickets with 3 consecutive balls). Of the four wickets he took, the batsmen scored him only 29 runs, very impressive. Again, top scoring was Keagan with 108.

The Eagles went to bat after lunch break. Things were looking good in their favor, as when 3 stumps fell, 98 was already on the scoreboard. Silence in Crooked Tree. Suddenly, things fell apart, and the Eagles fell too, reaching 135. Brian Cassasola, Jr. scored 34, while Ravin Gillett and Varon Westby took 3 wickets each. (I was predicting that only the Eagles could beat the Brilliant team this season. I was wrong.)

At Carmelita, the game featured Surprise vs Suga Boys. Surprise went to bat first and scored 96. Not a bad score. At the beginning of the inning it wasn’t looking too good for Surprise, for when 4 stumps fell only 7 runs were scored. But “Baato” Banner went in and displayed his professionalism by hitting some boundaries and singles, scoring 34. His partner Jerry Banner did exceptionally well by scoring 30.

Suga Boys went to bat. Veteran Orvin Wade, Sr. was playing very cautiously, making a few singles. He attempted to make a run, and the wicket keeper hit his wicket. The legs umpire, who is a team member of Suga Boys, signaled not-out. However, it is said by lines viewers that he was out. (My opinion, I reserve.) At the fall of his wicket, he ended scoring 50 runs. At the fall of 4 wickets it was all over. Steve Robinson and Edward Bull took two wickets each.

BDF got away narrowly from Excellence, 138 to 120. For BDF, Clint Stephenson and Jarvis Wade scored 57 and 38, respectively; while Alexander Reynolds took 5 wickets. For Excellence, Ian Broaster scored 36. (I’m of the opinion that the soldiers weren’t too comfortable before that win).

Now for the match between Bandits and Berlan, “Big Bad” Berlan lost by a score of 80 to183. What is very, very interesting with this match is that Berlan has some very big hitters. All went down with little or no runs. An old veteran who hasn’t played for a very long time, but has played in the past with many teams in the area and had formed and managed teams also, was recruited by Berlan and played his first game against a powerful team like Bandits and amazingly, he top scored with 19 runs, batting for almost 13 overs. He is no other than Gliksten “Cattleman” Bennett, (Hats off to you sir!) Along with his good performance, old veteran Marlon “Camala” Nicholas took 4 wickets. For the Bandits, Learon Muslar, Walton Banner and Greg Scott scored 38, 34 and 34, respectively. Aaron Muslar took 4 wickets.

That’s all for the weekend, folks. Congrats to all winners and others!

The following games are scheduled for this weekend:

Saturday, February 29
Level One – Easy Does It vs Bandits at Belmopan; BDF vs Sunrise at Lords Bank; Wicked 11 vs Excellence at Double Head.

Sunday, March 1
Level One – Summer Fever vs Berlan at Landing.