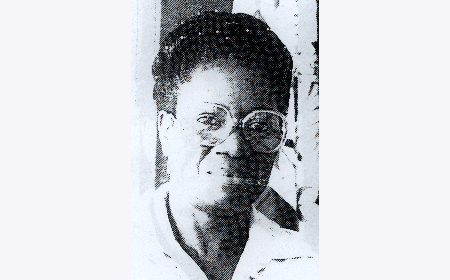 BELIZE CITY, Tues. Apr. 12, 2016–There have not been many women in Belize as distinguished as Dame Minita Gordon. In 1981, Belize received its independence from England; however, Belize still held ties to the monarchy. The person holding the post of Governor General was thus the queen’s representative in Belize following Belize’s attainment of Independence in 1981, and that distinguished position was bestowed on Gordon.

Gordon became the first Governor General of Belize. This was quite an achievement, for not only Gordon, but women in general, since at the time such high positions were usually held by males, but Gordon defied the odds when she was appointed to this post. It’s a post she assumed shortly after returning from Canada, where she obtained a doctorate in Applied Psychology from the University of Toronto.

Attorney Edwin Flowers knew the family well and recalled that Gordon lived on Plues Street in Belize City as an adult. Flowers said that there were three houses in the yard; the main house belonged to Gordon’s mother, while Gordon’s brother, Ralston, had a house erected in the yard too and Gordon also built her house in the same yard. Flowers said that Gordon’s mother was originally from Jamaica; she became a pastor later in life and died on January 3, 1990.

According to information provided by the National Library Service, “Gordon was very well-educated; her education began at St. John’s Girl’s School, after which she attended St. Mary’s Primary School. Her educational pursuits led her to Government Training College, but it did not end there. Gordon also pursued a correspondence course from the College of Preceptors, Oxford, England.”

Starting in 1946, she taught at an Anglican school for approximately twelve years, and subsequently, in 1958, she became a lecturer at the Belize Teacher’s Training College, and she remained there until 1969, when she took up a position as an education officer — a position she held until 1981.

One of the key duties of the Governor General involved, according to the website of the National Assembly, “assenting, the Bills passed in the House of Representatives and the Senate so that they can then become Laws of Belize.”  And Gordon performed this function, in her capacity as Governor General, from 1981 to 1993.

However, now in her golden years, she has not been well. Arrangements have thus been made for her to go and live with her sister, Kelorah Franklin, in the United States of America.