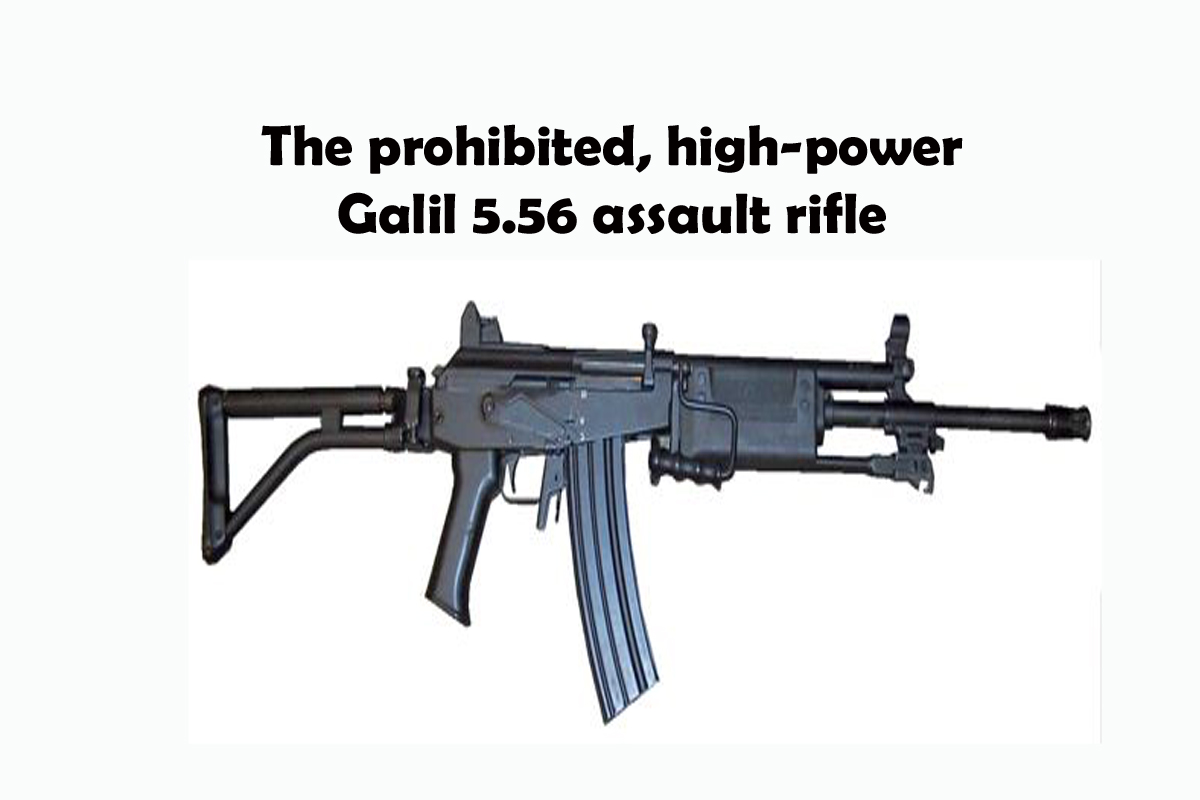 Four firearms – which include a prohibited, high-power Galil 5.56 assault rifle, and a prohibited .357 Magnum revolver – were confiscated by police on Friday.

The other two confiscated firearms are a 9mm pistol and a 32mm pistol, one of which is believed to be the pistol used in the armed robbery of a security officer guarding a Belikin delivery truck on Oleander Street in the Lake I area at about 10:00 Thursday morning.

The pistols were found during an intense search that took place shortly after the robbery in the area.

Assistant Superintendent Calbert Flowers, Deputy Commander of Precinct 2 police, said that no one was in the area at the time of the discovery of the firearms, so no arrests were made.

The Galil assault rifle can operate as an automatic or semi-automatic firearm. Its firing rate is 600-750 rounds per minute and it can effectively engage targets of up to 2 miles away.

Police believe that the rifle was obtained in Guatemala, since the Galil is widely used by the Guatemalan Armed Forces and law enforcement. Flowers said that there is no evidence that the rifle has so far been used in the commission of crimes in Belize City, nor is it known how it came into Belize.

Flowers said that also on Thursday, the K-nine Unit searched an overgrown area on Belisle Alley near King Street and found a .357 Magnum revolver and a 9mm Taurus pistol loaded with nine 9mm live rounds.