Policy barring Garifuna language is a violation of human rights 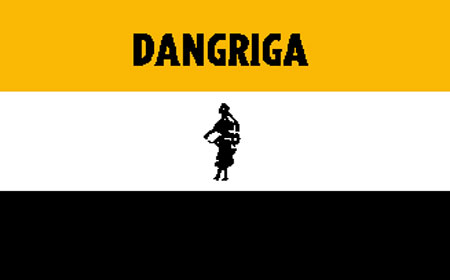 The United Garifuna Association Inc. (UGAI) is now further looking into confirmed allegations that CIBC FirstCaribbean Bank has informed its Garifuna employees at its Dangriga branch that only English must be spoken. This, however, was after several warnings were issued to the employee to desist from speaking Garifuna to customers and colleagues alike.

It was with great incredulity that UGAI learned of the violations of human rights of indigenous people that have been silently brewing at this well-known bank in Dangriga with regards to Garifuna employees.

It has been confirmed that the Garifuna employees are told not to speak Garifuna, their native language, in response to customers who are awaiting service and speaking to the employees in Garifuna.

We are not certain if this is a nationwide policy of the bank, but we have learnt this has not been the same in relation to the other many languages spoken in Belize. The bank has not responded, at least publicly, with any official correspondence as to what is the bank’s policy and what it is doing to address the instruction given with relation to the speaking of Garifuna at the Dangriga branch.

It has also come to our attention there is a pervasive problem of the same proportions going on in Hopkins, where Garifuna workers are instructed by resorts not to speak Garifuna while they are working.

We have also come to understand that in the police station in Dangriga, Garifuna is not allowed to be spoken. Employers have described the speaking of Garifuna as loud and unwelcome.

What is happening in the above instances is a blatant violation of human dignity and internationally accepted human rights standards. Do not make the mistake of separating these indignities being suffered by Garinagu as separate from our exile from Yurumei/St. Vincent in 1797. We have been discriminated against since being left in foreign lands. We all know when foreigners come to a new land, the local population discriminates against them.

This type of action violates one’s right to express himself or herself and it violates the rights of indigenous people to receive and render service in their native tongue. This is inexcusable and the UGAI wishes to inform all private sector enterprises and Government offices that it is illegal to restrict anyone from speaking in their native tongue.

Singling out Garifuna for such policies is additionally disturbing, as the same has not been perpetuated upon employees speaking other languages. Spanish has often become the next official language in many workplaces. Chinese is spoken wherever business is conducted. No one asks them to speak only English.

UGAI is very disturbed by these developments and wishes to point out that suppressing the free expression of Garifuna language users in any circumstance is lending to the further erosion and disintegration of the beautiful Garifuna culture and unequivocally amounts to discrimination based on race.

Our language is the forefront of our cultural expression. It is protected speech by local and international standards. If UGAI continues to hear of such exercises in denying one the right to free expression, we will have no other option but to bring a constitutional claim against such entities in the courts of Belize, as the Belize Constitution, at Section 16, provides protection against discrimination based on one’s race.

UGAI makes a public call on this bank and all those in the banking sector, tourism sectors and the Police Departments to desist from this practice immediately and to denounce it publicly, as the rights of all indigenous peoples in Belize must be respected!

We especially call on the superior bosses to look into this practice. Those Garinagu people who have suffered this discrimination are asked to contact UGAI at the below information to register their complaint if they need support to combat this problem.