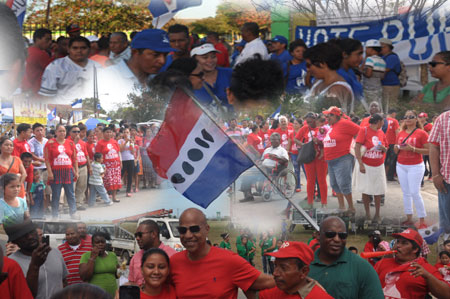 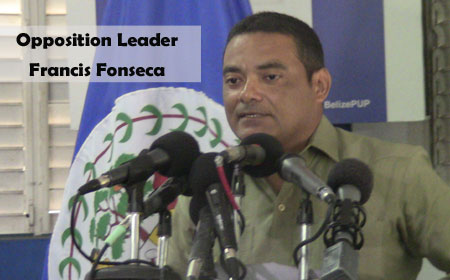 As the results were announced last night, the winners led motorcades through their municipalities. At the UDP headquarters in Belize City, the mood was celebratory as party members and supporters amassed – some of them with flags in hand – to savor the victory at the polls in Belize City and the rest of Belize, with the exception of Orange Walk, where the Opposition People’s United Party, led in that zone by former party leader Johnny Briceño, fought hard to hold its ground.

The latest results to be reported were from Orange Walk, where the UDP was initially told that only one candidate, Shartel Casimiro, had won a seat on the council, which will continue to be led by the PUP’s Kevin Bernard. However, it was later reported that the UDP’s Luigi Gomez had also won a seat as councilor on the Orange Walk Town Council. 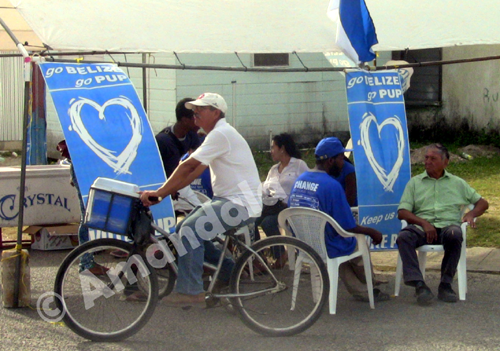 By all indications, the ruling UDP had a better-oiled mobilization machinery on election day, and the money to make it happen, with the PUP not enjoying the financial support it has had over the years. What the PUP brought in key divisions where it made a strong showing was hard work and a tactical method to get voters to the polls on the platform of beginning change now and completing it with the 2017 general elections.

However, the UDP’s campaign was centered on the message that the transformation which has been led by the UDP must continue. Voters, for the most part, appear to have been more sold on the UDP’s message than the PUP’s.

While the Opposition attributes the UDP’s landslide win to “unprecedented use of public resources for political purposes,” UDP leader Dean Barrow said that voters are pleased with the efforts of the Government at bettering their lives through infrastructure uplifts and social programs. He rejected allegations of fraudulent vote-buying by the UDP.

The 9-year winning streak of the UDP, spanning 2006 to 2015, is unprecedented at the local government level, with the previous best record having been that of the PUP, which held on to the majority of town boards from 1997 to 2003, when it held as many as 97% of the municipal seats, with the UDP then in the underdog’s seat, according to data published by I. Myrtle Palacio in her publication, “A Review of Municipal Elections in Post-independent Belize,” as well as data by the Elections and Boundaries Department.

Furthermore, the wide majority consistently enjoyed by the UDP over the past four elections has never been enjoyed by any political party in post-independent Belize. At best, the PUP sustained landslide municipal wins for 7 years, 1996 to 2003. That was the last time the PUP controlled the municipal elections, with the party holding 47 of 67 seats.

Of note is that the UDP, conversely, held only 44 seats coming out of the 2012 dual elections, when general elections were conducted simultaneously with the municipal vote. That year, it lost 20 seats to the PUP, but with the 2015 elections, it took back 18 of those seats from the Opposition: 6 in Punta Gorda, 7 in Dangriga, 2 in Belmopan, 1 in San Pedro and 2 in Orange Walk, resulting in total sweeps of 8 municipalities and two new seats in Orange Walk Town.

While the PUP had expressed confidence in winning Corozal, incumbent mayor Hilberto Campos of the UDP won his 4th consecutive term.

For the past 5 elections, the UDP has maintained control of the two westernmost municipalities of Benque Viejo and the twin towns of San Ignacio and Santa Elena. Reports via KREM/Channel 7 coming out of Santa Elena yesterday indicated that the UDP gained substantial ground in the Santa Elena vote as well. It also narrowed margins in Orange Walk, and widened its margins of victory in the most populous municipality of Belize City, where 41% of voters are registered. 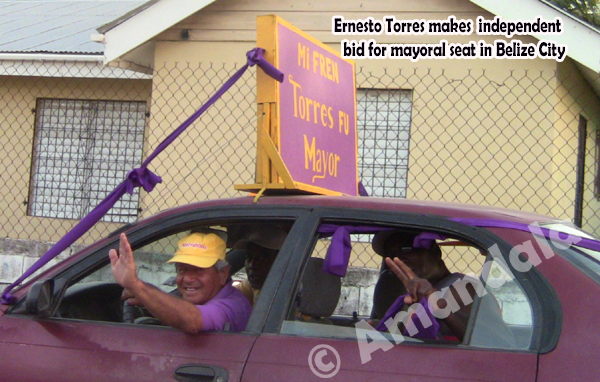 There has been much talk about a low voter turnout; however, it has been the norm that stand-alone municipal elections don’t generally see high voter turnouts. Nationally, 105,634 persons are registered to vote, but only 57% of them actually showed up at the polls. However, this is even better than the turnout in the 2009 municipal elections, when 52% of voters went to the polls.

(Please see individual stories from our reporters, featuring election coverage from the various municipalities elsewhere in this edition of Amandala.) 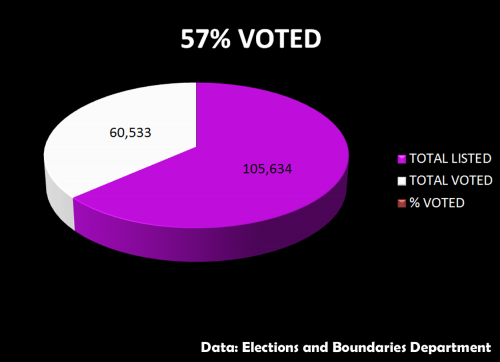