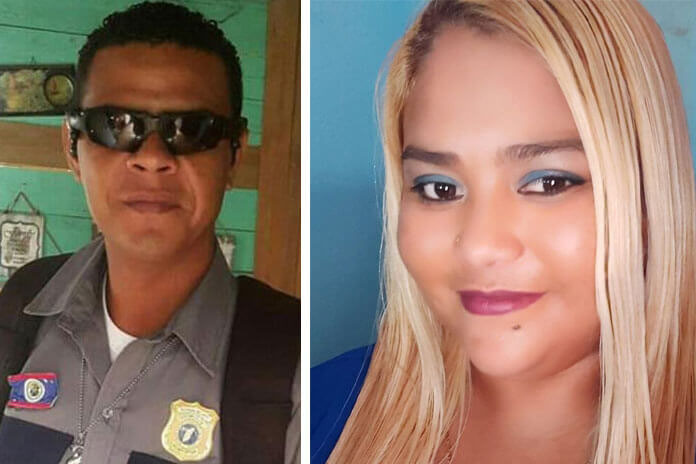 SAN IGNACIO, Cayo District, Mon. Mar. 2, 2020– Three persons were shot in San Ignacio last night, and two are dead. Shawn Kevin Vasquez, 32, a security guard, was shot in the center of the chest, under the left arm, and in his jaw. He died almost immediately.

Marva Rivera, 32, a cashier, was shot in the right breast, right shoulder, the center of the throat, and the right side of the jaw. She died shortly after her arrival at the San Ignacio Community Hospital.

Marva’s husband, Richard Rivera, 33, a store manager, was shot in the right side of the abdomen. He was eventually admitted in a stable condition to the Western Regional Hospital.

The deadly shooting occurred at about 9:20 Saturday night in front of the Tia Kong Supermarket, located on Joseph Andrews Drive in San Ignacio. Reliable reports are that Richard Rivera, the store manager; his wife, Marva Rivera, the cashier; and security guard Shawn Vasquez had just closed the store at the end of the work day and were driving away in Rivera’s vehicle when shots were fired and he saw his wife, Marva, who was in the front seat beside him, begin bleeding, and he himself felt pain in his abdomen.

Richard, however, was able to drive directly to the San Ignacio Community Hospital, from which he was taken to the Western Regional Hospital.

Police were called, and they saw Rivera’s vehicle with bullet holes. They then went to the scene of the shooting, where 5 expended 9mm shells and two slugs were found.

A search in the area led them to a man, who was sitting in a car about a block away from where the three were struck in the vehicle, and he has been detained for questioning.

The motive for the deadly shooting is not yet known. Richard Riviera told police that they came under fire but he did not see who was firing at them, since he sped away after seeing that his wife was bleeding.