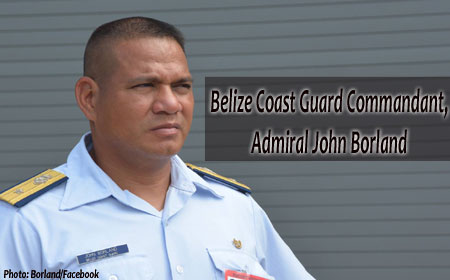 BELIZE CITY, Thurs. July 14, 2016–A gill net is a large fish net that hangs vertically in the water. Floats line the top of the net, while weights line the bottom. The net is made of transparent material, so fish and other animals are unable to see it.

As a result, when fish swim into the net they are entangled by their gills, and they drown.

Some nets stretch up to 40 miles long, in the open ocean, while other gill nets stretch for one to two miles (which is still long), and they are typically 10-50 feet in width. Fishermen may leave these nets in the water for a few hours to a couple of days.

Gill nets are designed to catch a specific size range of fish, but ultimately a range of species are entrapped by it. The nets often entangle hundreds of undersized fish that fishermen are not trying to catch, and they are rejected and thrown away, or taken to areas where they are left to rot.

The nets also frequently entangle large ocean animals, including sea turtles, seabirds, and sharks – many of which are threatened or in danger of extinction.

Admiral Johnny Borland, Commandant of the Belize Coast Guard, is calling on the Government of Belize to ban the use of gill nets in the waters of the country.

The Commandant said that this method of fishing is indiscriminate, destructive and detrimental to the fishing industry.

Amandala asked the Deputy Commandant of the Coast Guard, Commander Elton Bennett, if they are joining Oceana Belize in their fight to ban the use of gill nets in the country. He said that the Coast Guard is totally, against gill net fishing, and if Oceana has that view, then they have the same views.

Admiral Borland told reporters that in a recent incident near Monkey River, at Rocky Point, they found fishermen indiscriminately using gill nets, which resulted in a lot of species being destroyed, that were not their primary targets. He said that they also came across hundreds of dead sharks.

On February 22, the bloody images of butchered sharks went viral on social media amid a campaign launched to petition the Government of Belize to ban gill net fishing, and to furthermore, put an end to shark fishing in Belizean waters.