Barrow meets with Bank of America amid fears of financial crisis 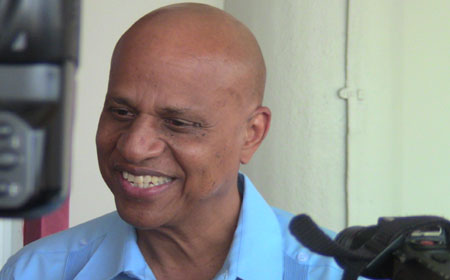 BELIZE CITY, Mon. Apr. 27, 2015–Prime Minister and Minister of Finance Dean Barrow returned to Belize from Miami, USA, this afternoon, after meeting with executives of Bank of America and Carnival Cruise Lines to discuss critical developments in both the banking and tourism sectors.

Barrow flew to the US over the weekend after the Belize Bank confirmed that the Bank of America, the second largest bank in the US, had decided to sever correspondent banking relations with the Belize Bank, Belize’s largest commercial bank.

Barrow was accompanied on his Miami mission by his economic advisor, Ambassador Mark Espat, and Central Bank Governor, Glen Ysaguirre, who, we understand, flew on to Washington, DC, for related meetings involving the banking sector of Belize.

We’ve received credible information that Bank of America, which claims that the decision to cut off the Belize Bank was triggered by a change in its business model, has maintained its stance in its meetings with the Belize delegation. We understand, though, that bank executives gave assurances that no other commercial bank in Belize would be included in what is termed “de-risking” in the financial sector.

Last week, the Belize Bank told us that the severing of relations by Bank of America would mean that its customers could not wire funds from Belize, effective this Thursday, April 30, until new arrangements could be established with another overseas bank. The bank said that it had been contacting its regular customers who use those services to advise them on alternatives.

Barrow did not provide a lot of details about his Miami meeting, but he did tell the press when he arrived at the Philip Goldson International Airport that, “The way forward is clear…” when it comes to “what is going to be permitted or not permitted in terms of the government’s handholding with the Belize Bank…”

He indicated that he is prepared to answer more questions at his press conference slated for tomorrow morning in Belize City.

He also promised further details on his discussions with Carnival Cruise Lines—discussions that were prompted by an impasse between tourism stakeholders over the pending multi-million-dollar Stake Bank project.