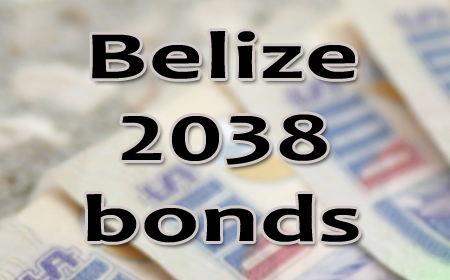 BELIZE CITY, Fri. Feb. 10, 2017–In less than two weeks, the next payment of roughly BZ$26 million is due to holders of Belize’s super-bond, and although the Government of Belize was hoping that it could strike an early deal with creditors to reduce its interest expense as well as delay the repayment of the principal, bondholders have been holding out, forcing the Government of Belize to extend for a third time its deadline for creditors to accept its solicitation offer issued last month.

Following the release of that offer, bondholders stated that “the proposed adjustment program [outlined by the Government of Belize] is unlikely to reduce future risks to debt sustainability or to the stability of the country’s currency peg in a sufficient manner.”

Interest payments are due to increase by BZ$9 million for this calendar year, 2017, as the interest rate escalates in August from 5% to 6.767%. The total tab for interest payments on the super-bond would, therefore, increase from BZ$53 million to BZ$62 million, according to official information.

The first two extensions on the offer to bondholders were issued for one week in each instance, but this third extension is being granted for two weeks. This pushes the new deadline beyond the due date for the next super-bond payment: whereas the payment is due February 20, the new deadline for bondholders to accept the offer has been pushed back to February 24, 2017.

The Government is asking bondholders to concede to two changes in their repayment agreement: one proposal it has put on the table is to extend the amortization schedule of the bonds to make the outstanding principal repayable in three equal, annual installments starting in 2036 rather than 2019; the other is a reduced interest rate of 4% per annum until the final semiannual payment due in 2038.

Belize has said that financial exigencies had caused it to seek debt relief in what represents the third restructuring of the bond in a decade, and there are suggestions that it may be unable to meet the payment due in 10 days, on the terms of the current arrangement which both parties have conceded are unsustainable.

Belize has said that the super-bond constitutes the single largest category of public debt.