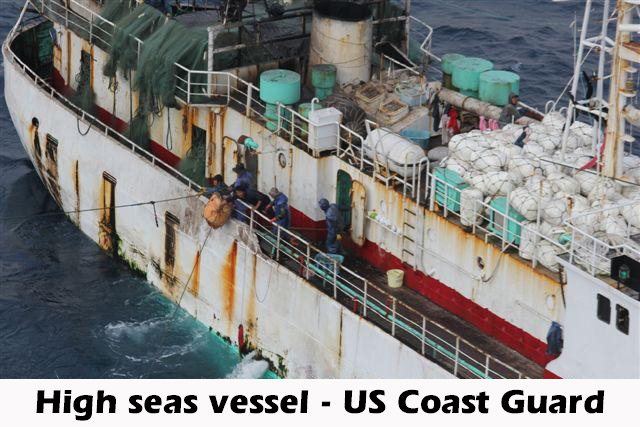 “Upon decision of the [European] Council to put the three countries [including Belize] on the list of non-cooperating countries, fisheries products caught by fishing vessels flying the flag of these countries cannot be imported into the EU any longer.”

Prime Minister Dean Barrow said at a press conference in Belize City on Wednesday that Belize will do whatever it takes to comply with the demands of the European Union (EU) in a recent call by the European Commission to ban fisheries imports from Belize-flagged vessels on the high seas, over allegations that Belize has not been doing enough to meet standards imposed by EU regulations on Illegal, Unreported and Unregulated (IUU) fishing.

Prime Minister Barrow said that the possible consequences of the EU ban don’t extend to anything more than the fisheries products caught on Belize-flagged vessels, and they do not affect shrimp.

Belize also exports bananas and sugar to the EU. An official press release from the Ministry of Finance said, “…the European Commission [EC] has assured Belize that while any decision relating to IUU fishing will impact fisheries trade ‘the measures will not impact any other aspect of economic trade with Belize and the EU’.”

Belize has registered 128 such fishing vessels, of which about 20 fish in the Atlantic Ocean and discharge their fish at the European Union ports.

“Ultimately, if we have to deregister the entire [high seas] fishing fleet, we will do that,” Barrow said, adding that it is not a step Belize would lightly take, since the country is earning revenues from the high seas fleet.

He did say, though, that Belize would move very quickly to pass regulations to enhance monitoring, and then operationalize the monitoring infrastructure.

“At the end of the day, we will do whatever we have to, to get this thing in the kind of shape [they] want and to sort out the problem,” the Prime Minister said, adding that, “We are absolutely confident that one way or another, we will whip this thing into shape and be able to, in fact, get the imprimatur of the European Union.”

On Tuesday, November 26, the EU announced that it had listed Belize, Cambodia and Guinea-Conakry as “non-cooperative” third countries—meaning countries outside of the EU—following a yellow card issued to eight countries last year.

“The analysis took into account factors, including each country’s commitment to the fight against IUU fishing and its level of development. During this year the Commission has worked, through dialogue and cooperation, with the third countries that received a warning. Out of the 8 countries who received a warning in 2012, only Belize, Cambodia and Guinea-Conakry have not made credible progress in fulfilling their duties under international law and have failed to improve the situation,” the EC statement said.

What does this listing mean in practice? In a question-and-answer segment on the issue, the European Commission said that importation of products whose catch certificate has been validated by the authorities of one of the non-cooperating countries could be refused, and it went on to call on member countries—28 of them forming the political union—to band together in this decision.

Once the European Council endorses the decision, it would mean that Belize and the other two countries will be put on the list of non-cooperating countries, and “fisheries products caught by fishing vessels flying the flag of these countries cannot be imported into the EU any longer.”

Furthermore, it said that any EU-flagged fishing vessels would also be removed from such jurisdictions and any fisheries agreements with them would also be banned.

A statement from the Government of Belize on Tuesday said that the EC’s decision to call for sanctions against Belize “came as a surprise,” because only recently, the Prime Minister of Belize, in a written communication addressed to the Commissioner, Directorate General for Maritime Affairs and Fisheries of the EU, had reaffirmed Belize’s commitment to fully cooperate with the EU to eradicate the scourge of IUU fishing.

“Moreover, a Belize delegation met the officials of the Directorate General for Maritime Affairs and Fisheries of the EU on the 11th of November and assured the Commission of Belize’s utmost resolve to work with the EU to control illegal fishing on the high seas,” the statement continued.

Government tried to avert the ban by taking over the direct management of the International Merchant Marine Registry of Belize (IMMARBE), which registers and monitors the high seas vessels, on June 11, 2013.

It said that it “…has moved quickly to rectify the deficiencies pointed out by the EU in our infrastructure for the control of IUU fishing.”

Belize indicated that the first major step it took was the enactment of a new and vastly strengthened High Seas Fishing Act, which came into force on November 8. Government has indicated that the law makes it possible for sanctions as high as $3 million.

“This Act will shortly be supplemented by a set of sanctions regulations, prescribing deterrent penalties for illegal activities on the high seas by Belize-flagged vessels. We will also be setting up a fisheries monitoring center, an onsite observer program and a national Plan of Action for IUU, to fully address the concerns of the EU,” the Belize statement detailed.

“Early next year, we intend to ask the EU for a reassessment of Belize’s control mechanism for high seas fisheries and hope that Belize will soon be out of the list of ‘non-cooperating third countries’. In fact, the European Commission has invited Belize ‘to take appropriate action to rectify the current situation and to advise the European Commission on the measures taken to ensure compliance with conservation and management measures by its fishing vessels’,” it added.

The EC has also decided to issue a second round of yellow cards, specifically to South Korea, Ghana and Curaçao.

The EC statement said that the EU IUU Regulation came into force on 1 January 2010, and the regulation applies to all landings and transshipments of EU and third-country fishing vessels in EU ports, and all trade of marine fishery products to and from the EU.