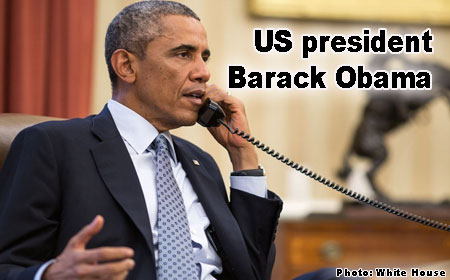 “A country’s presence on the foregoing list is not a reflection of its government’s counter-narcotics efforts or level of cooperation with the United States. Consistent with the statutory definition of a major drug transit or drug producing country set forth in section 481(e)(2) and (5) of the Foreign Assistance Act of 1961, as amended (FAA), the reason major drug transit or illicit drug producing countries are placed on the list is the combination of geographic, commercial, and economic factors that allow drugs to transit or be produced, even if a government has carried out the most assiduous narcotics control law enforcement measures,” Obama’s memo said.

“While recent assessments indicate an increase in cocaine flow in the maritime transit zone, there are conflicting indicators on total cocaine flow, and continued success in combating drug trafficking organizations will require closing awareness gaps,” it added.

Obama said that in many nations, especially in Central and South America, countries are actively seeking to strengthen their inter- and intra-regional cooperation and exchange of information about best practices for counter-narcotics and crime control law enforcement activities relative to broad citizen security.