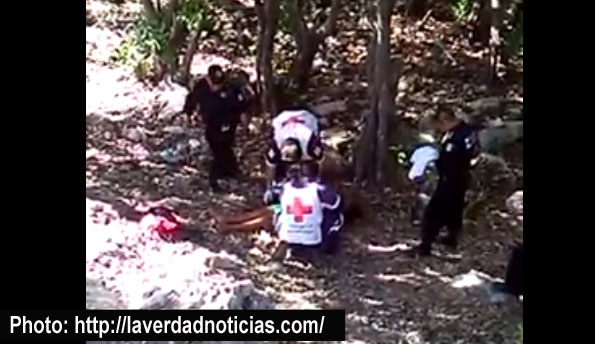 CANCUN, Quintana Roo, Mexico, Mon. July 20, 2015–Several news sources out of Mexico are reporting that a 14-year-old Belizean girl was found naked and severely intoxicated in a forested area in Cancun.

Officials who examined the minor found that she had been beaten, and she had bruises and cuts inflicted with a “cutter” on her arms. It has not been confirmed if she had been sexually assaulted.

The girl, who has since been placed in state protective custody, reported that she had been drinking with a stranger in Cancun yesterday, and she admitted to being addicted to drugs.

Cancun police said that yesterday, Sunday, they received an emergency call that a young girl was sleeping naked in the area.

Police found the girl sleeping completely naked in the grassy area, and surrounded by bottles of liquor.

She was severely intoxicated, according to a report made by the Mexican newspaper La Verdad, dated today, July 20.

The newspaper reported that paramedics and the Red Cross were called, and they examined the girl, who could not be taken to the general hospital since she would require specialized care and evaluation.

The judicial authorities were informed and a special group went to the area to begin the preliminary investigation into the case.