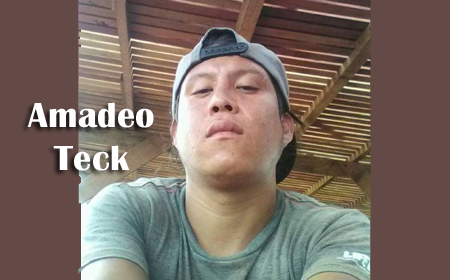 BELIZE CITY, Mon. Mar. 13, 2017–We have received confirmed reports that a Belizean man was killed across the Guatemalan border over the weekend.

According to our police sources, the victim has been identified as Amadeo Teck. He is in his early twenties and resided in the village of Bullet Tree Falls.

It is believed that sometime on Saturday he was in Melchor when he was fatally gunned down.

Details surrounding the cause of his death are at this time sketchy, but we do know that Guatemalan authorities have not located his killer and are struggling to identify a suspect.

Additionally, our police sources have confirmed that his family will have to travel to Melchor to sort out logistics to have him returned into Belize.

Authorities in Belize have not yet issued an official report on Teck’s murder.