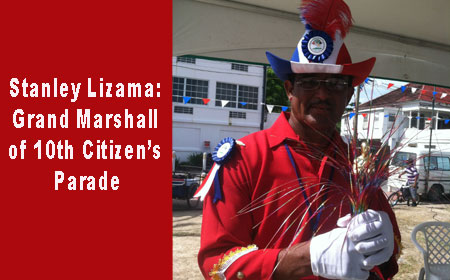 BELIZE CITY–At official ceremonies for St. George’s Caye Day held at Memorial Park in Belize City on Wednesday morning, hundreds of Belizeans and guests had the opportunity to reflect on the meaning of the annual 10th celebrations, which was the highlight of the September celebrations before Independence was declared in 1981.

It is also fitting to pause and reflect on the reason for assembly: What is it about the Battle that is worthy of celebrating, probed Belize City Mayor Darrell Bradley, in his welcome remarks.

“Today, we celebrate the Baymen and their historic victory at the Battle of St. George’s Caye for their timeless examples of nation-building. It is not that these Baymen were perfect—far from it—but their example of courage in the face of aggression, unity in the face of struggle, determination against all odds, are lessons for us on how we should embrace our struggles and how we should build this our Belizean nation,” said Bradley.

Chairman of the National Celebrations Commission, Manuel Heredia, Jr., said, “Indeed the victory of September 10th, 1798 was a noted victory against the Spaniards, but instead was a victory over our fears as a people to transcend our own individual needs and to forge the work of a nation and a way of life. That is what resolve is all about.”

Bradley said that the lesson of the Baymen also speaks to our time as much as it spoke to those who chose to stand and fearlessly defend our homeland.

“Two hundred and sixteen years ago, our forefathers stood up to defend our land, fearful and outnumbered, they stood together, unified in one common cause – the defense of freedom. As we gather here today, 216 years later, it is only fitting that we recognize that true freedom not from the efforts of men but from the hand of [The Almighty],” Bradley said.

“Let us enshrine within our daily lives the theme of this year’s September celebrations: “Industrious Hands, Intelligent Minds, Together for Belize!” In all our undertakings let us seek to give our best selves and to join hands and minds together to achieve common goals that will promote and sustain what is truly best for our beloved Belize,” Heredia said in his remarks.

After the formal speeches, Monisha Usher was crowned the 69th Queen of the Bay. (See story HERE.)

A citizens’ parade through the principal streets of Belize City followed the official ceremonies. Similar events were held in each of the nine municipalities across Belize.

At around 11:30 a.m., Sisters Muriel Laing and Virginia Echols led the 4th annual procession and wreath laying on the tomb of Simon Lamb, the man who founded the annual 10th of September celebrations in 1898, a hundred years after the battle. Laing noted that the tradition was revived through the inspiration of the late Brother Ismail Omar Shabbaz, for whom they also observed a moment of silence at Simon Lamb’s graveside.