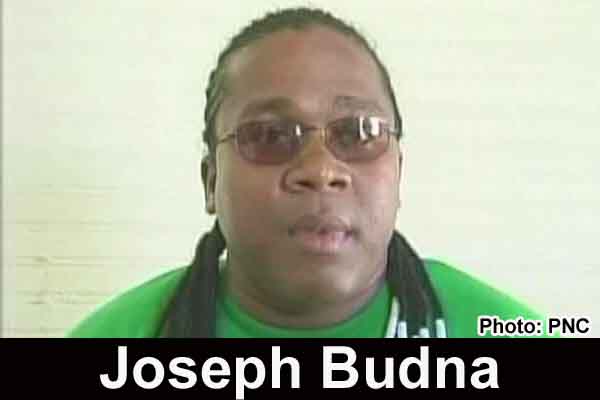 He is accused of heading regional kidnapping/extortion ring

According to Guatemala’s law enforcement body, Policia Nacional Civil (PNC), agents of La Fuerza de Tarea Contra el Secuestro y Fiscales (an anti-kidnapping taskforce), captured Belizean Joseph Budna, 37, also known as “Joe,” after an exchange of fire this afternoon, following investigations which, they allege, have revealed him as the mastermind behind a regional kidnapping and extortion ring operating in Belize, Guatemala, Mexico and Honduras.

The PNC, in an online posting made this evening, said that Budna, who was reportedly captured in “Ermita” in San Benito, Petén, had been sought in various countries because he is the presumed head of an international kidnapping ring.

Guatemalan police said their investigations have linked Budna to the kidnapping and confinement of three youth in the department of Chiquimula, who were allegedly kept in captivity in neighboring Honduras.

The investigation leading up to Budna’s arrest today, said PNC, spanned 15 days and climaxed with an exchange of gunfire when authorities went to arrest him. They added that three warrants had been served for him in relation to various offenses, apart from charges of arms trafficking and extortion.

Back in May, Budna told Amandala that he was the victim of a broad daylight extortion attempt in Guatemala. He told our newspaper that two men on a motor scooter attempted to extort 15,000 quetzales, about BZ$3,800, from him in Quetzaltenango City, Guatemala, claiming that someone had ordered a hit on him, and he had to pay the money to the men to stay alive.

Budna said that he told the men he would go get the money, but he instead returned with the police. One of the alleged extortionists, Mateo Steve Ceballos Vasquez, 24, was shot dead in a chase that ensued.

At the time, Budna told us that he earns a living from freelance journalism and renting water jet ski motorbikes in Flores, Peten, Guatemala.

He also told us that he was to become a police witness in that attempted extortion case.

In January 2011, while in Belize, Budna reported that he had to jump out of his moving car to escape two men who had tried to jack him at gunpoint while he was giving them a lift.