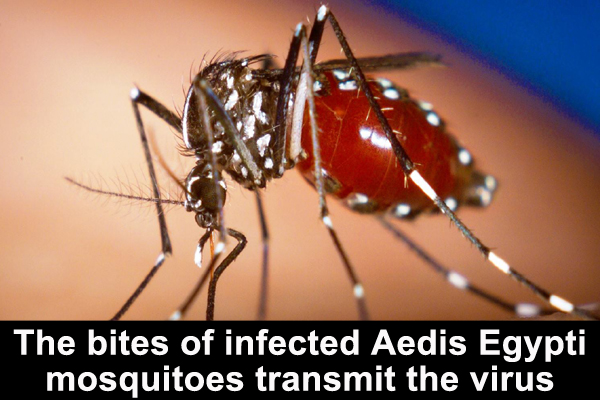 Chikungunya means ‘that which bends up’. It is a Makonde word (one of the local languages in Tanzania).

Chikungunya is a mosquito-borne, viral disease new to the Caribbean but which has infected millions of people in Africa and Asia since it was first recorded in 1952, and although health officials who began their first sensitization session with medical professionals here today say that the disease rarely ends in death, they stress that its morbidity is high, as it can cause a painful and debilitating illness for as many as 6 months.

The United States Center for Disease Control (CDC) says the “symptoms can be severe and disabling.”

While there is no reported case of Chikungunya yet in Belize, Director of Health Services Dr. Michael Pitts said at today’s session that, “We don’t think we can prevent the disease from coming here, but we can mitigate the impact.”

Pitts said that there is no cure, no vaccine – but a person can only get it once.

There are also fears that the spread of the disease—carried mainly by the Aedes aegypti mosquito, the same insect which transmits dengue—could have severe adverse impacts on tourism-dependent economies such as Belize. Pitts said that they have looked at the tourist trade and ports of call for ships which come to Belize in planning their response strategy.

Most Belizeans have no clue what Chikungunya is. Dr. Francis Morey, MD.MPH, Focal Point for Communicable Diseases and National Tuberculosis Coordinator in the Belize Ministry of Health, and Lorna Perez, Surveillance Officer at the ministry’s Epidemiology Unit, prepared a presentation for today’s meeting with health professionals, which provides details. (That presentation is available at http://www.slideshare.net/adeleramosbz/chikungunyamoreybim23-414.)

Chikungunya Presentation by Belize Ministry of Health from Adele Ramos

Chikungunya is an emerging public health concern, since it can cause an afflicted employee to be away from work for an extended period of time. The DHS advises Belizeans to take a proactive approach. As for his recommendation to persons most at risk, DHS Pitts said that people working in the tourist trade who go into places where there are lots of mosquitos should follow a common sense approach and use mosquito repellant and wear long sleeves. He noted that at dusk and dawn, mosquitos, which may carry the alpha virus which causes the disease, tend to swarm a lot.

Chikungunya is found mainly in Africa and Asia, but it was introduced to the Caribbean last year, possibly by a traveler. It was first reported in Saint Martin in November 2013—the first case in the Americas—and as of April 7, 2014, there were more 3,000 confirmed cases and more than 17,000 more suspected cases. No country on the mainland of the Americas has yet confirmed the presence of Chikungunya, Pitts told the media.

The closest cases to Belize have been reported in the Dominican Republic, just 1,209 miles away, where 150 to 200 had been treated earlier this month for symptoms attributed to Chikungunya, which causes high fever, rash, fatigue and intense muscle and joint pain.

“Most patients feel better within a week. In some people, the joint pain may persist for months. People at risk for more severe disease include newborns infected around the time of birth, older adults (e”65 years), and people with medical conditions such as high blood pressure, diabetes, or heart disease,” the CDC added.

As for treatment, it said that, “There is no medicine to treat chikungunya virus infection or disease. To decrease the symptoms, one should get plenty of rest, drink fluids to prevent dehydration, and take medicines, such as ibuprofen, naproxen, acetaminophen, or paracetamol, to relieve fever and pain.”

Antibiotics won’t work, since the disease is caused by a virus, and DHS Pitts said that the use of aspirin for fever and pain is discouraged, and that steroid use should be limited. Morey explained that the use of steroids could interfere with an individual’s ability to develop immunity to the disease.

The virus could be spread to Belize by an infected person, or onboard containers which ship goods such as tires, which may be harboring infected mosquitos, Pitts explained.

Morey said that the incubation period for the disease, the timespan between exposure to the virus and the onset of symptoms, spans 1 to 12 days. The first manifestations of the illness are a high fever, bone and joint pain, muscle pain, headaches, abdominal pain, diarrhea and vomiting, Morey explained. He said that “severe prostrating” joint pain which impairs walking and causes the afflicted person to walk in a bent position is one of the main signs that should be used to distinguish Chikungunya from dengue.

According to the Caribbean Public Health Agency (CARPHA), 3,265 cases were confirmed in the Caribbean as of April 7, 2014. Already, Martinique has reported 1,284 confirmed and 11,400 suspected cases of Chikungunya. The Caribbean has reported 6 deaths to date from the disease in countries such as Guadeloupe, Martinique and Saint Martin – the country where the first Caribbean case and the first confirmed case in the Americas was reported. In St. Martin, 790 cases of Chikungunya have been confirmed and 2,840 more suspected cases have been logged.

DHS Pitts said that in some countries, the attack rate from the virus is as high as 33% or 1 in 3 persons. He said that while they don’t have specifics on why some persons have died in the Caribbean from Chikungunya, people who succumb tend to have premorbid conditions such as heart disease or immune-suppression. The Ministry did not provide information on the age of the persons who have died in the Caribbean from the mosquito-borne disease.

“Symptoms include a sudden high fever, severe pain in the wrists, ankles or knuckles, muscle pain, headache, nausea, and rash. Joint pain and stiffness are more common with Chikungunya than with dengue,” CARPHA noted.

CARPHA said that symptoms appear between 4 to 7 days after the bite of an infected mosquito, and the majority of clinical signs and symptoms last 3 to 10 days, but joint pain may persist longer. The need for hospitalization is said to be rare.

Children tend to have a harder time with such diseases because of their lower immune status, and parents should be especially careful to keep them from getting dehydrated due to the high fever associated with the disease, Pitts advised.

Dr. C. James Hospedales, Executive Director of CARPHA, said that the theme for World Health Day 2014 – Small Bite, BIG THREAT — was very timely and of great importance to the Caribbean region. Each member state has high infestation levels of the mosquito, Hospedales said.
“The main tool, therefore, for prevention and control of these outbreaks is through control of the mosquito vector,” she added.

“Individuals and communities are encouraged to work together to rid their premises and communities of containers which can contribute to mosquito breeding. Old tires, bottles, cans and any containers which can collect water should be properly discarded; domestic water storage containers such as drums, barrels and buckets should be securely covered to prevent mosquito access. Persons can reduce exposure to mosquito bites by using mosquito repellants, sleeping under mosquito nets, wearing long sleeved shirts and long pants and screening windows and doors,” she said.

Hospedales added that, “Governments also have a responsibility to make a political commitment to invest in strengthening existing vector control and education and surveillance programs, to make them more efficient at preventing and/or responding to outbreaks of vector-borne diseases.”

Health officials are concerned that without the proper measures to control mosquito breeding, Belize could suffer an outbreak. The Ministry says that it will step up its spraying regime, but citizens are advised to keep their yards clean.

“Do things around your environment to limit the growth of mosquitos,” Pitts said, urging that cleanup campaigns should be put in place before mid-May, since the mosquito season coincides with the rainy and fruit season.

Pitts said that in battling dengue, lessons have been learned on taking the environmental approach to control the mosquito population.

Belize is in the process of acquiring test kits that would enable experts here to conduct confirmatory testing. DHS Pitts said that the CDC is offering ELISA test kits, similar to those used to test for dengue. Belize also makes use of lab facilities at CARPHA, which is the back-up lab for the CARICOM region.