Cop charged with having sex with underage girl 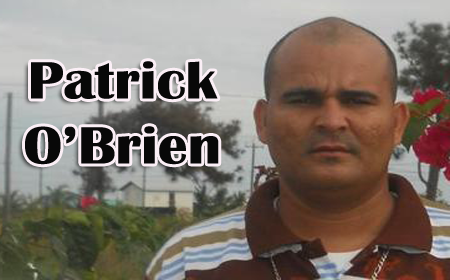 INDEPENDENCE–Police officer Patrick O’Brien of the Independence police is presently remanded until April 14 on a charge of unlawful sexual intercourse.

He was taken to the Independence Magistrate’s Court on Monday, where he was arraigned on the charge. No plea was taken from him.

The allegation against him is that he had sex with an under-aged girl, 15, in June last year, 2014, at the Police Barracks in Independence.

Police said that on Monday, the girl and her mother made the report to police, and that same Monday, the officer was later arrested and charged with carnal knowledge, a charge that was later changed to unlawful sexual intercourse.

According to 7News, after the policeman committed the act with the minor, he took the girl’s photo while she was naked, with his cellphone. His wife reportedly saw the photo of the naked girl on the cellphone, and posted the photo on the Internet, where the photo was seen by the girl and her family. The girl and her mother then went to the police to make an official complaint and a report.

An investigation was carried out, and it was discovered that Constable Patrick O’Brien had engaged the girl sexually when she was 15 years and 11 months old, which constitutes unlawful sexual intercourse.