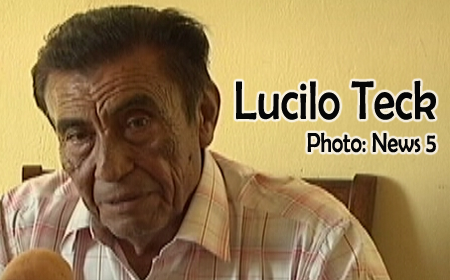 BELIZE CITY–The Supreme Court of Madam Justice Shona Griffith became the latest staging ground for the standoff between cane farmers and BSI/ASR, which have been unable to come to an agreement so that this year’s sugar cane season can begin.

Around 10:00 a.m. this morning, Friday, the courtroom of Justice Griffith was packed with attorneys as an application was sought for leave to hear a claim brought by Lucilo Teck, a cane farmer who is seeking a writ of mandamus from the court that would order the Sugar Industry Control Board (SICB) to begin the cane season.

All stakeholders were represented. Teck was represented by attorneys Audrey Matura-Shepherd and Anthony Sylvestre, and Senior Counsels Michael Young and Rodwell Williams represented the SICB and BSI respectively. The Belize Sugar Cane Farmers Association was listed as an interested party and was represented by Eamon Courtney, S.C., while Nigel Hawke, a Deputy Solicitor General in the Attorney General’s Ministry, represented the Government of Belize.

The BSI and SICB attorneys, however, arguing in limini (a motion before the case began) attempted to have the claim struck out on the ground that there was an error in the filing of the application.

Justice Griffith, however, ruled in favor of granting the court’s leave to hear the writ of mandamus application and the remainder of the hearing was devoted to the actual case management of filing affidavits and submissions.

After much back and forth between the parties, a hearing date of February 23 was agreed upon.

Williams, upon exiting the courtroom, said, “The judge decided that she would nevertheless grant the permission to bring what we consider to be an irretrievably flawed fixed date claim, and the judge can do that. That’s what she did.”

“Well, it’s not that the papers were inappropriately filed. Our position is that the wrong papers were filed and I think that there was not much of a disagreement on their part and the court recognized that the papers in the way that they were prepared and filed were not correct,” Young said, exiting the courtroom.

Young added, “Our position was that you need to formulate your case properly and file it before the court can even have jurisdiction to entertain what you are seeking to have. The court looked at the intent and substance of the documents that were filed and took the position that indeed there was an application before the court for permission to file judicial review.”

Matura-Shepherd pointed out, “Applications are made before the court many times. It can have errors, it can have misstatements…it can have anything. But under our civil procedure rule, a technicality of that nature, where the form should have said form eleven instead of a fixed date form, which is a form two, the court has an inherent jurisdiction and the judge has the power to exercise her discretion using the overriding objective, which is the justice of the situation, the public interest of the issue, the financial standing of the person and putting everybody on an equal playing field.”