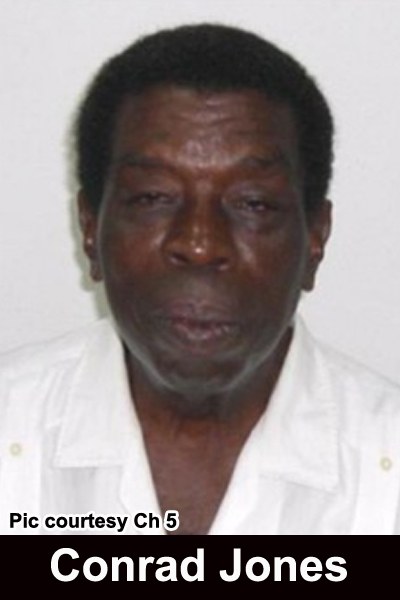 His family says he has been missing for seven days

Retired Inspector of Police, now a Customs guard and escort, Conrad Jones, 64, of West Street, who was travelling with a fellow Customs officer, has disappeared.

Jones asked his fellow officer to drop him off at a bus stop in Hattieville after 11:30 p.m. on Tuesday, September 11, to hitchhike to Belize City; he has now been missing for seven days, and his family is very worried.

Jones was last seen around 2:00 a.m. Wednesday, September 12, at the bus stop in front of Golden Haven Home for the Elderly in Hattieville, by a watchman. The watchman told the family that Jones was sitting under the bus stop when he made his rounds, but around 2:30 a.m. when he returned he did not see Jones again.

The family said that Jones had gone to Benque Viejo on escort duties that Tuesday, September 11, and after delivering the truck, he and his driver departed Benque for Belize City. However the driver did not drop him home in the city, but instead dropped him off at the bus stop in Hattieville, because the driver was travelling through the Boom-Hattieville Road instead.

The family is seeking the assistance of the public in finding Conrad Jones. His daughter, Shilpa Jones, says that they are hoping for the best, praying and hoping that he will be found OK.

Police as well as the Customs Department continue to search for him. Anyone with information that can assist them is asked to call 605-4606, 207-5037 or the police.