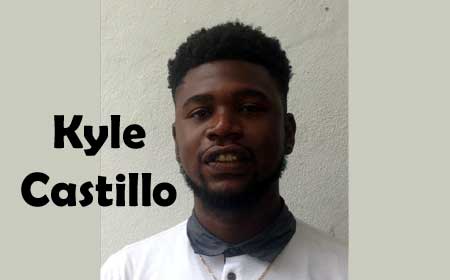 BELIZE CITY, Wed. June 21, 2017–The 1st Annual Hope Run due to be held in Dangriga on July 8 is the brainchild of Dangriga youth, Kyle Castillo, 24, who is currently studying marketing in Jamaica.

Castillo told Amandala that his exposure to the Caribbean has helped him to see what athletics has been able to do for people, and so he decided, with the help of family and friends, to launch his own initiative—the Hope Run Project—here in Belize.

“The project itself was developed to highlight our athletes and lesser known causes simultaneously… The only currency we can offer to the causes is exposure. For the students themselves, our end game is to get them out and get them exposed to the Penn Relays,” Castillo said.

The Penn Relays—said to be the oldest and largest track and field competition in the United States—was held for the 122nd year this April. It can give more exposure to Belizean athletes, said Castillo, who spoke about trying to facilitate both sports and community activism through philanthropy.

His sister, LaTanya Castillo; stepfather, Samuel Gladden; and family friend, Mark Usher, are helping him with the Hope Run Project.

According to Kyle, Hope Run is a competitive and participatory 5k event open to people of all ages, who can run, jog, or walk and who can customize the t-shirts which will be issued to participants to showcase their own causes or charities.

Castillo—who told us that he grew up behind a football field and was very active in sports from a young age—describes himself as “a connoisseur of sports,” and he wants to contribute to developing the culture of sports in Belize.

The route from the run is from Coco Plum’s headquarters at Mile 3 on the Stann Creek Valley Road to Belize Telemedia Princess Royal Park in Dangriga Town.

Participants will be supplied with a t-shirt, neon shades and a bib with their number. Registration costs $30.

Castillo said that running shoes have also been donated by the LA Rebels Running Group, and these will be distributed to various high schools in the area, such as Delille Academy, Ecumenical High School, and Georgetown Technical High School, since he especially wants to encourage high school youth to hone their athletic talents.

He said that Jamaica’s Usain Bolt got exposure at the Penn Relays, hosted annually since 1895 by the University of Pennsylvania, and he wants to eventually have high school students prepared to participate in the event.

“The project wants to put a spotlight on promising youth athletes…” said Castillo.