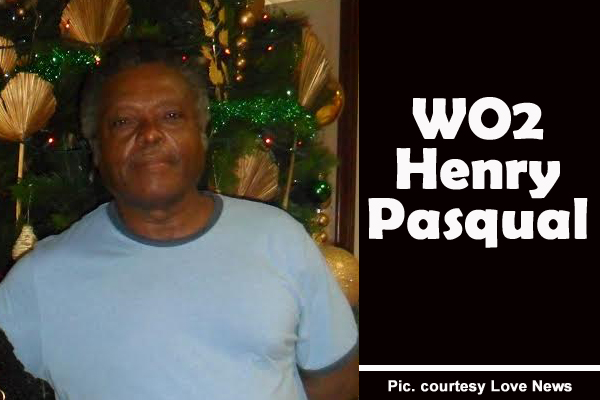 The Pasqual family of Dangriga is mourning the death of two of their family members who died less than 24 hours apart.

Tanya, 38, died 6:30 Friday morning at the Dangriga Hospital after being ill, and her father, retired BDF soldier Warrant Officer Class 2, Henry Pasqual, 66, was knocked down and killed at about Mile 2 on the Valley Road early Saturday morning, at about 4:30, while riding his bicycle in the area of the Bowen and Bowen Distributors on his way to Pomona from Dangriga.

Henry Pasqual was doing his regular early morning exercise when Courtney Campbell, 67, who was driving his vehicle from Pomona to Dangriga, lost control and slammed into him.

Pasqual suffered massive head and body injuries and was declared dead on the scene. He has joined his daughter at the morgue, awaiting a post-mortem to certify the cause of death.

Police have issued a Notice of Intended Prosecution to Courtney Campbell.

Pasqual’s friends and acquaintances were all shocked to learn of his sudden passing. WO2 Pasqual was first a member of the now defunct Police Special Force (PSF), and was transferred into the Belize Defence Force at its inception on January 1, 1978.

He was then promoted through the ranks until he attained the rank of Warrant Officer Class 2. He was employed as Company Quarter Master and Company Sergeant Major, among other positions he held.

Pasqual will be remembered as an upright, straight-faced, stern, and no-nonsense CSM. He was a proud and confident soldier who knew his authority and was fearless in using it.

WO2 Pasqual is survived by 16 children – 9 daughters and 7 sons. He is also survived by his brothers and sisters, including Sheena Castillo, the principal of the Holy Family RC School in Hopkins; Johnny P., a retired BDF sergeant who now lives in the USA; and also his brother Jimmy, of Camalote.

He is also survived by a host of grandchildren, nieces and nephews, including Sergeant Gabourel of the Police Department, and his wider family of the Belize Grand Lodge.

Funeral arrangements for the father and daughter have not yet been announced.