Drilling beyond 7,000 feet in Sarstoon-Temash 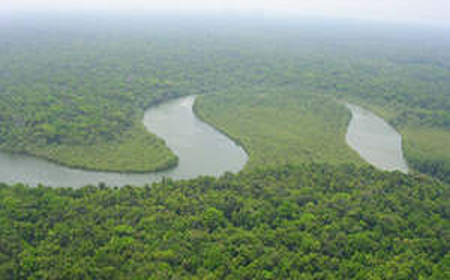 BELIZE CITY–Alistair King, the country representative for US Capital in Belize, confirmed to our newspaper today that the company continues exploratory drilling inside the Sarstoon Temash National Park, and although no commercial find has been discovered even at 7,000 feet below ground level, they remain hopeful that the search will yield positive results.

Whereas the Government of Belize has granted permission for the oil company to drill for oil inside the protected area, two NGOs – the Sarstoon Temash National Park and the Association of Protected Areas Management Organizations (APAMO) – contend that no such drilling should be allowed in the park where extractive use has been strictly regulated.

However, even as drilling proceeds inside the park the matter remains unresolved, and an order by Supreme Court Justice Michelle Arana for the parties to undergo court-connected mediation is being resisted by the Government of Belize.

On Friday, November 28, 2014, the parties appeared before Justice Arana, and SATIIM Executive Director Froyla Tzalam said that it became evident that the mediation would not take place after all, because of the Government’s stance that the mediation cannot occur due to a pending appeal. She said that the attorneys for the parties presented reasons for and against mediation, and it doesn’t seem that the court can mandate the mediation.

Tzalam told us that the court has a huge backlog of cases and mediation is an attempt at resolving matters in a speedier fashion. However, with the delay in the proceedings, drilling has continued inside the national park, since the Maya had not asked the court for an injunction to stop the drilling.

She said that if US Capital does not find oil at the current drill site, they may move elsewhere in the area to conduct further exploratory drilling.

Tzalam said that the fact that there should be no extractive industry inside the national park remains an outstanding issue for APAMO and others, and she said that this is one of reasons why SATIIM has not signed a co-management agreement.

There is also the issue of free, prior and informed consent by the Maya, which Tzalam said could not have happened after meetings held with the Maya, because the information was not properly presented to them in their native language, but in English.

English is a second language for many people, and the information has to be in language they understand, she said.

Tzalam said that Sunday Wood is the only village which has openly welcomed US Capital, and to date, there is no formal agreement between the Maya communities and the Government and US Capital Energy to protect their interests.

Despite talk of blocking oil exploration activities in Toledo, the Maya have not taken to these forms of protests but have sought court redress in challenging the activities.
Tzalam said that they will continue to pursue the legal recourse, as lengthy and tedious as it may seem.

Maya leaders of Toledo will have their final appeal in the land rights dispute with the Government of Belize heard at the CCJ in 2015.

Tzalam had worked with the communities when the matter was first lodged in the Supreme Court years ago, in collecting affidavits for the court. She said that SATIIM is very interested in the outcome of the CCJ case.