Drunken driver kills self and toddler, 3 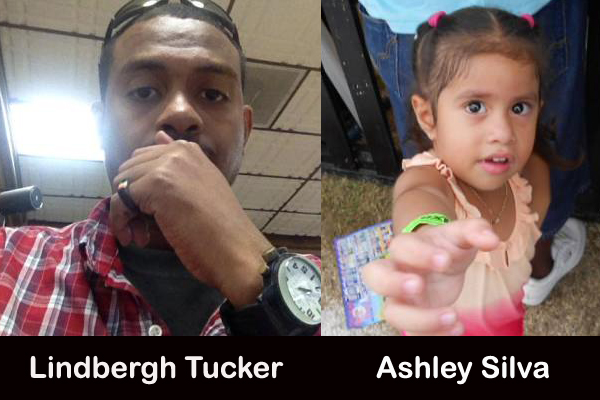 Driver slammed into an SUV on Boom Road, leaving 6 others with broken bones

Excessive alcohol consumption is believed to be the factor that led to a fatal and horrific traffic accident which played out on the Burrell Boom Road last Sunday evening and claimed the lives of two persons – a male driver and a toddler who was a passenger in another vehicle – and injured six others.

Today, Thursday, four days after the deadly accident, police still refuse to confirm the identity of what witnesses say was a 6th victim, a young man who was supposed to have surgery today.

According to police reports, a white Honda CRV SUV was exiting the Burrell Boom area near the riverside at around 5:15 p.m. Sunday, March 9, when it collided with a white Kia Sportage SUV with 5 occupants, which was coming from the opposite direction.

Today, Rural Executive Officer, ASP Chris Noble, told us what the police know about the mishap. He said, “Sometime after 5:00 on Sunday, there was a traffic accident in the Burrell Boom area near the bridge. Subsequently, a 3-year old female and a 28-year old male succumbed. The male was the driver of one of the vehicles and there are multiple persons with broken bones at two separate hospitals in Belize City. We are looking into what may have caused it.

“The investigation has so far led us to believe that prior to the accident, the driver – who is now deceased – may have sideswiped or may have had minor accidents with other vehicles. We are hoping that those other persons would come forward, at least so as to have a better understanding of what actually happened.

“We are not certain, but there may have been 2 persons in the Honda SUV. [However], the evidence [that we have gathered so far] is for investigation purposes. Certain items were picked up [from the scene], but we are looking into what may have caused it, and we are relying on the other persons to come forward, whose vehicles may have been damaged or who may have witnessed it.”

Amandala understands that Karim Silva, 31; his daughter, Ashley Silva, 3; his wife, Melonie Tillett-Silva; and 3 other passengers had left from a family outing and were reportedly on their way to aid Silva’s sister, whose vehicle had been having mechanical problems.

Police say that while rounding a curve near the Burrell Boom Bridge, they were unexpectedly rammed by Lindbergh Tucker, 28, who was leaving from festivities in Burrell Boom, which were being held in conjunction with the Belikin La Ruta Maya Belize River Challenge.

Eyewitnesses have alleged that Tucker – who was traveling with another person who, for some reason, police are unable to officially identify – was not only speeding, but was inebriated when he veered into oncoming traffic, hitting other vehicles before smashing into Silva’s Kia Sportage, causing the death of Silva’s daughter.

On Tuesday, we spoke to Tucker’s father, Lindbergh Tucker, Sr., who was regretful that he had lent his oldest son his Honda CRV. He explained that he warned his son, Lindbergh, Jr., about the dangers of driving under the influence prior to the incident.

Tucker said, “The last time I saw him was when he came to borrow my vehicle, and it was excruciating for me when I found out that he had died in a horrific accident. I pray for the members of the other family – because I am hurting. I want to say to them that I know that it is deeply excruciating for all of us.”

The father said that he can’t be mad at his son, because he’s already gone, but explained that “there’s no limit to the good that we can do, but also there’s no limit to the destruction that we could cause due to selfish behavior. I’m sure that if he would have known that this would have been the outcome, he wouldn’t have dared to do such a horrible thing, because he has a family, [including] a wife and a young son, who are tremendously hurting. I am especially hurt because of his negligent and reckless behavior.”

He also had a message for alcohol users and abusers who believe that alcohol is the solution to life’s troubles. “I hope that this is a message for other people who utilize intoxicants to solve their problems [because] their problems will only get a million times worse,” Tucker, Sr. remarked.

ASP Noble shared sentiments similar to those of the disheartened father, and likewise had a message for drivers who indulge in drinking liquor while behind the wheel. He said, “It is sad when people don’t listen [or] don’t heed [to warnings]. You have to be careful [and] cautious [especially] in times of celebration. Know your limit and if you don’t, then don’t [drink]… if you were drinking, if you were smoking, if you were flying, you have to come down to earth at some point.”

Despite the fact that police have stated that there were several checkpoints in and around the area to manage the anticipated increase in the flow of traffic, ASP Noble said that his officers can’t be everywhere at the same time.

“What happened [is that] we had rolling checkpoints in the area because we were anticipating drivers speeding. The La Ruta Maya does come with its own challenge and we had adequate personnel and transportation to work the area but, like everything goes, it’s not every time that you have everything covered to an extent that it won’t cause an issue. We regulated the traffic in a particular manner [at] the entrance area. Our officers were spread out in certain areas and we weren’t enforcing it after we had established that that is the way the traffic is going to run.

“We actually had an area where we were stopping vehicles and we were re-directing them out of the village; that worked very good for us, so the bottlenecks and the confrontations would not have happened, but this person turned in an area where the officers were not, and came back into traffic, where we had regulations, but the police officers were up ahead, so we could not stop him.”

The other occupants in Silva’s vehicle, apart from his wife and daughter, were Marcia and Maroni Blake, and Adrian Gentle, who all suffered varying degrees of injuries.

The passenger that reportedly was in Tucker’s vehicle is also reportedly hospitalized, but we have so far, four days after the accident, been unable to receive official confirmation of his identity by police.