Home Sports Easy Does It did it; new national cricket champs
Sports

Easy Does It did it; new national cricket champs 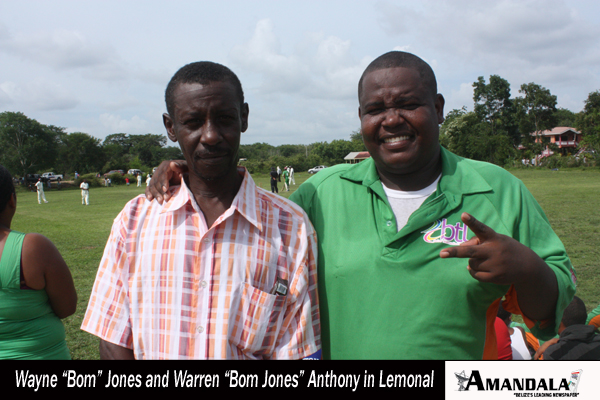 It was a late start, due to rain, on Saturday in Lemonal Village for Game 2 in the best-of-3 games championship series between Brilliant of Crooked Tree and the young squad that is making waves in this year’s Harrison Parks National Cricket Competition – Easy Does It of Lemonal. One of the stars on the Easy Does It team is Warren “Bom Jones” Anthony, and our visiting Amandala crew on Saturday included his father, Wayne “Bom” Jones, Belize’s Best Goalkeeper in 1986, as well as Patrick “Beans” Lawrence of Kremandala Raiders basketball cheerleading fame.

Easy Does It batted first and completed their inning with 153 runs; but there were 4 Brilliant wickets remaining when the action had to be called due to dark, to be continued on Sunday.

Peter Young informed us on Sunday about the Easy Does It victory, and he will have a full report in his “Cricket corner” in our weekend issue.