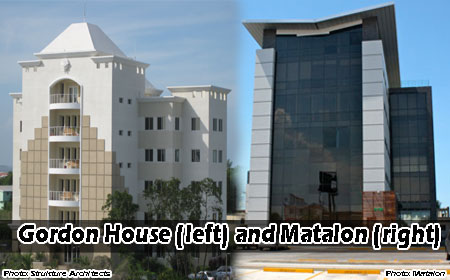 BELIZE CITY–The US Federal Bureau of Investigation and Belize police have launched a major operation at the Matalon and Gordon House on Coney Drive, two of the most prominent business centers in the area, in an effort to unravel what US authorities allege is a billion-dollar scheme through which US citizens were allowed to use shell companies incorporated offshore in Belize to hide their assets from US officials.

“Today’s sweeping indictment, charging the individuals and companies responsible for this US$500 million scheme, closes this fraudulent offshore safe haven and sends a strong message to those who seek to abuse the financial markets in order to enrich themselves that we will investigate and prosecute them no matter where they set up shop,” Loretta E. Lynch, United States attorney for the Eastern District of New York, said in an official statement.

The U.S. Attorney’s Office for the Eastern District of New York issued a statement on Tuesday, September 9, alleging that three brokerage firms were created in Belize to help US citizens in “fraudulent manipulation schemes” of publicly traded companies, including Cannabis-Rx Inc., in a scheme said to be masterminded by an elderly American along with citizens from Belize, the Bahamas and Canada to offer US$500 million (or BZ$1 billion) in offshore asset protection.

The six-count indictment unsealed on Tuesday morning in federal court in Brooklyn, New York, names Robert Bandfield, also known as “Bob Bandfield”, 70, a US citizen; Andrew Godfrey, 51, a Belizean; Kelvin Leach, 34, a Bahamian; Rohn Knowles, 29, a Bahamian; Brian De Wit, 45, a Canadian; and Cem Can, also known as “Jim Can,” 44, a Canadian – all said to be living in Belize City, Belize.

According to the Attorney’s office in Eastern New York, the charges against Bandfield and the 5 others include “conspiracy to commit securities fraud, tax fraud, and money laundering.” Bandfield was arrested and arraigned in Miami, and the US Government said that it will seek extradition of the other accused persons.

On Tuesday afternoon, police commenced a raid of offices occupied by tenants at the two locations, securing documents in a probe surrounding allegations levied by both the U.S. Attorney’s Office for the Eastern District of New York, and the US Securities Exchange Commission (SEC).

US authorities allege that “the defendants laundered approximately US$500 million for corrupt clients—who included more than 100 US citizens and residents.”

By Tuesday afternoon, local authorities, providing mutual legal assistance to the FBI, descended upon the locations in question to confiscate electronic and hard copy documentation as a part of the investigations.

Immediately upon the announcement by the US authorities, the International Financial Services Commission of Belize also issued notice to Titan, Legacy and Unicorn that it would also take action. We understand that three of the companies which are licensed by the Commission to trade on the US stock exchange, could face a suspension, if not a revocation of their Belize licenses.

A suspension or revocation of the licenses would mean that the companies would have to cease operations with immediate effect.

The only Belizean among the six persons indicted by the US Attorney’s office in New York has also been indicted by the US SEC along with Bob Bandfield, an American who is widely known as a key operative in the offshore sector in Belize. That person in question is Andrew Godfrey, a Belizean American, who we are told has worked with Bandfield out of the office of the late Lionel Welch at 76 Dean Street in Belize City.

Welch’s name also came up in a Fortune article in an exposé on CYNK Technologies a few weeks ago. In July, Kelvin Leach, president of Titan, had issued a press release disassociating the company from CYNK, the penny stock company whose worth ballooned to US$6.4 billion just before it was temporarily shut down by the US SEC under suspicion of stock market manipulation.

However, there was no mention of CYNK in the latest indictments, although CYNK also used the fourth floor of the Matalon as its business address.

In a release issued on Tuesday, the US Securities Exchange Commission said it “alleges that Belize residents Robert Bandfield and Andrew Godfrey, through a company called IPC Corporate Services, have helped clients who own significant amounts of thinly-traded microcap stocks” to avoid US reporting requirements. More specifically, ownership of more than 5 percent of certain stocks must be reported.

The US SEC alleged the defendants did this by “creating associated companies through which the clients could hide their ownership and spread the shares so that none of them contained more than 5 percent of the stock of any particular microcap issuer.”

“As alleged in the indictment, between January 2009 and September 2014, this group of conspirators, masquerading as financial professionals, concocted three interrelated schemes to: (a) defraud new investors in various U.S. publicly traded companies through, among other things, fraudulent concealment of the defendants’ corrupt clients’ ownership interests in the U.S. publicly traded companies and their fraudulent manipulation of artificial price movements, and trading volume in the stocks of those companies;

“(b) aid the corrupt clients to circumvent the IRS’s reporting requirements under, among other statutes, the Foreign Account Tax Compliance Act (FATCA); and

“(c) launder money for the corrupt clients through financial transactions to and from the United States involving proceeds of fraud in the sale of securities,” said the official release from the US Attorney’s office in New York.

It added that, “As part of this fraudulent offshore scheme, the defendants laundered approximately $500 million for the corrupt clients—who included more than 100 US citizens and residents.”

The accused parties in the case?

According to the SEC, IPC is a limited liability company formed under the laws of Nevis, with its principal place of business in Belize City, Belize.

On its website, International Privacy Corporation [IPC] Corporate Services, with offices listed in the US, Belize, Nevis and St. Vincent, proposes an “all inclusive price ($1500 USD*).”

Bandfield is a United States citizen who resides in Oregon and Belize. He founded and controls IPC and has signed corporate resolutions on behalf of the companies.

Godfrey is a citizen and resident of Belize, formerly serving in the US military and who has managed IPC and reported to Bandfield since at least 2012. He has served as a third-party nominee, selected by IPC and Bandfield, to own certain LLCs, which in turn own one or more companies, the official US documents said.

“Since at least 2011, [the] Defendants have operated an offshore business designed to hide their clients’ assets behind a curtain of opaque Caribbean entities,” the US SEC said.

How was the opaque curtain set up?

According to the SEC indictment, Bandfield, Godfrey, and IPC, a limited liability company Bandfield organized under the laws of Nevis, in the West Indies, used Belize as their base.

It said that their clients paid them substantial fees to establish a pyramid of limited liability companies (LLCs) and international business companies organized under the laws of Nevis and Belize.

It added that Bandfield, Godfrey, and IPC advised clients to divide their ownership by creating several different shell companies which held small amounts of shares, small enough to avoid US reporting requirements.

“Bandfield and IPC also provided each client with one or more LLCs, which in turn each owned one or more of the same client’s designated companies. Each LLC had two legal owners: one owned 99% of the LLC, and the other owned the remaining 1%. Bandfield and IPC installed various IPC employees or others they controlled as the owner of the 99% portions of the LLCs. Bandfield ensured that IPC owned the remaining 1% of each LLC,” the SEC detailed.

The end result was that the IPC clients retained no legal ownership of the shell companies.