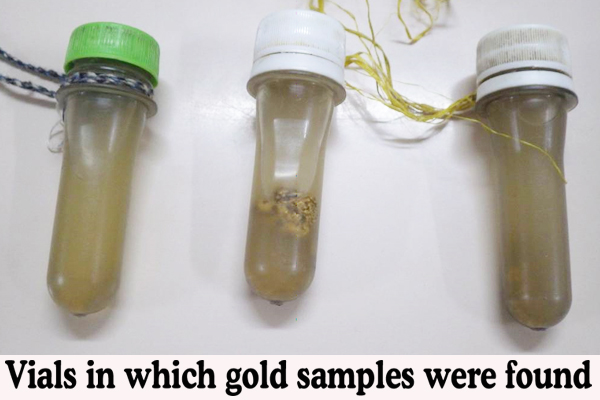 Rafael Manzanero, Executive Director of Friends for Conservation and Development (FCD), told Amandala Monday evening that illegal gold mining activities being undertaken by Guatemalans who are now targeting Belizean highlands pose a serious threat to Belize, because some of Belize’s main waterways are being compromised.

Manzanero spoke of the need to get the attention of the Department of the Environment in addressing this issue of illegal gold panning in the Ceibo Chico area of the Cayo District.

“I feel that the impacts that are taking place there now – it is a more daunting situation. Those are the beginning of our main headwaters, and so what we see in terms of the impact – it is an environmental impact,” Manzanero said.

He said that gold panning is taking place more in the highlands than before, and Belize will have to be more strategic in dealing with the situation.

In a written report issued this evening, Manzanero said: “Extraction of gold is now taking place on the higher elevations of the Chiquibul headwaters. The devastation is high and the impacts are more damaging since these are steep slopes and are the origins of the Chiquibul watershed.”

As recent as Friday, September 6, a group of Guatemalan gold panners was found more than 6 miles inside Belizean territory. It was the second such detention in less than a week.

Last Tuesday, September 3, Belizean authorities detained Guatemalan Luis Bah Caal, 34, a farmer of Monte Los Olivos, Petén, while his brother, whose name has not been released, escaped, after they were found allegedly panning for gold inside the Ceibo Chico area in the Chiquibul National Park.

Caal was detained during an operation conducted between 7:00 a.m. and 9:30 a.m. by the Southern Joint Forces Unit, which included Friends for Conservation and Development (FCD), the Belize Defence Force (BDF) and the police.

Police report that a search was conducted on Caal which led to the discovery of a vial tube in the front pocket of his pants.

“Inside the tube appeared to be gold,” police added.

They asked Caal to show his permit for the gold, and his documentation to prove he entered the country legally. However, he was unable to produce them, so he was immediately arrested.

FCD reported that Vicente, Ramirez, and Mucuy were found with gold inside vial tubes.

“These individuals have been brought to the San Ignacio Police Station where they are to formally be charged for illegal entry, defacing a protected area, extracting and possessing a mineral without a permit,” FCD said.

It added that the men, who were operating in the area for three to five days, were found with about $1,400 worth of gold.

“These individuals report that a gram of gold is sold at Q200 ($57.00) in Petén. In the four vials confiscated there were over 24 grams documented,” FCD reports.