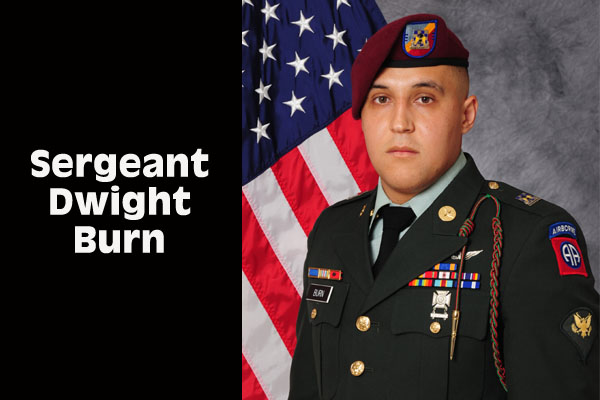 A Belizean-American soldier who was working as a helicopter mechanic with the United States Military lost his life in a helicopter accident this past Saturday, May 3, near the state of New Mexico.

Amandala understands that Sergeant Dwight Burn, 27, a soldier from the 82nd Airborne Division’s Combat Aviation Brigade, died as a result of injuries he sustained when a CH-47 Chinook helicopter – on which he was a crew member – crashed around 8:15 p.m. while the crew was conducting a desert training exercise in an area north of the Fort Bliss Garrison near Orogrande, New Mexico.

Sgt. Burn was reportedly the crew chief and one of four persons who were aboard the helicopter when it went down, and unfortunately, he was the only person who died as a result of his injuries.

The training focused on high altitude and mountainous environment flying, and according to US authorities, the cause of the crash is still currently under investigation.

US Army officials have reported that the three other crew members from the brigade who were also injured are presently in stable condition.

Sergeant Dwight Burn is the son of Belize City businessman Romel Perdomo, one of the proprietors of Traveller’s Liquors Ltd.

Burn was born in Belize and lived in Belize City until the age of 4 when he migrated to the US, where he studied and graduated from high school in 2005.

He enlisted in the US Army in 2010 as a CH-47 Chinook helicopter mechanic, and eventually rose to the rank of sergeant.

Burn was a resident of Barstow, California, who was based at Fort Bragg, North Carolina, and had been deployed to Afghanistan from September 2011 to September 2012 with the 82nd Combat Aviation Brigade.

He is survived by his two daughters, Violet, 7, and Vivian, 4.