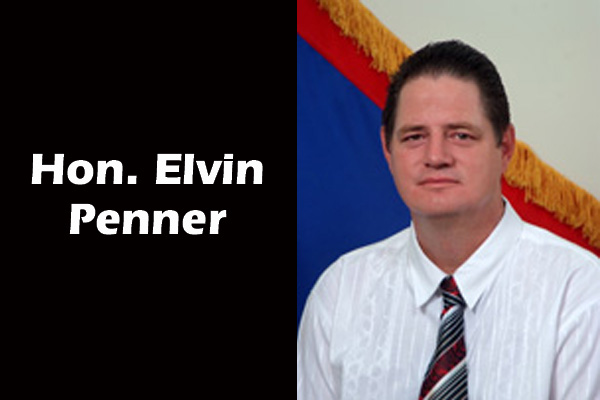 Three immigration officers and their attorneys appeared before the Public Services Commission on Wednesday, February 19, to present arguments for why they should not be terminated from the public service for their role in the issuance of a Belize passport to South Korean Won Hong Kim.

The findings of the investigation, a three-page document signed by Immigration Minister Godwin Hulse and dated November 11, 2013, appear to be raising more public eyebrows than providing answers the public needs because of the investigators’ refusal to question Penner, who signed the passport “for a business associate I knew before I entered politics.”

The reason first advanced for there being no questioning of Penner during the Immigration Ministry’s internal investigation is that he does not fall under the regulations and guidelines of the public service.

Critics consider that reason for excluding Penner ridiculous, because everyone knows that in pursuit of the truth, if indeed the truth is desired, anyone with relevant information should be questioned, even the Prime Minister, if he knows something that could assist the investigation; and in the case of Penner, he undoubtedly is the man who, instead of being shielded, should be answering all the hard questions.

Senator, Hon. Godwin Hulse, the Leader of Government Business in the Senate, along with the other Government-appointed senators, had voted against an Opposition motion calling for a full Senate investigation into the passport scandal.

The report of the passport scandal, captioned: “Report of Internal administrative investigation into the issuance of a passport to a Korean national Won Hong Kim,” focused only on the procedures in place at the Passport Section of the Immigration Department.

The report, however, confirmed that Penner had indeed appeared at the Immigration Department in the company of a man of Asian ancestry, who was subsequently photographed for the passport application.

Referring to Omar Phillips, the department’s data capture clerk, the report states: “When asked whether the applicant had personally presented the documents to him for vetting, he responded that it was Minister Penner who brought the application to his desk; however, he saw a person at the counter in the company of the Minister who resembled the applicant, [so] he therefore assumed it was the applicant and proceeded to accept the application from the Minister.”

After that, the passport issuing system was activated by the acceptance of the application, which Sharon Neal, who was acting as director, had delegated to Carlos Amaya (who died last November) – ”since it was a busy day,” the report said.

Neal, the report said, had omitted to sign the form but had verified verbally that she had inspected the documents and approved the system capture.

“The information advanced for printing and subsequent quality assurance inspection. The passport was then filed awaiting pickup, which was done sometime later that day by Minister Penner’s driver, Mr. Jose Cante,” the report further outlined.

“Of note is that the quality assurance inspection officer, Ms. Tiffany, who was at work that day, did not do the quality assurance on this particular passport, but it was done by Mr. Erwin Robinson, who was the officer who also did the data capture, which includes the photographing of the applicant,” the report stated.

“Of further note is that on that day in question, Monday, September 9, 2013, the applicant was not in Belize, since it was confirmed that he was in detention in the Republic of China (Taiwan) and had been there since August 1, 2013,” said the report.

The report went on to say: “However, Mr. Robinson, the data capture officer, maintains that the person on the passport sat in front of him and took the photograph.”

The report also noted that “Mr. Robinson further claimed that he did not see Minister Penner that day. However, checks with persons who were awaiting data capture around this time reveal, indeed, that Minister Penner was in the room, and also, a male person of Asian descent was there at the same time.”

“Our non-expert review of the documents show that with reasonable certainty, the picture signed by both the JP, Mr. Alfonso Cruz , in category A, and the picture, signed by Minister Penner in category B of the recommendation form, are identical to the picture on data capture and appearing in the Belize passport,” said the report.

But how could that be? At this point, the report appears to be self-contradictory, because the officer confirmed that he photographed the person applying for the passport. What became of that photograph, since it is now known that Won Hong Kim couldn’t have been that person who was photographed by the immigration officer?

“Even though the copy is not very clear, it appears that the pictures (on the Belize passport) are copies lifted from the original Korean passport and reproduced for certification by the JP and the Minister, ultimately finding its way into the Belizean Passport,” the report explained.

“Furthermore, she would have questioned why there was no fingerprint data capture and gotten an explanation, which should have been recorded on the document,” said the report.

Apparently, the Ministry wants the public to believe that the immigration officers should have questioned Minister Penner, who was the only person they could have questioned, since the person of Asian ancestry had been present for only a limited time at the Immigration Department.

It is noteworthy that the investigators did not see fit to question Hon. Penner, who was the only one who could have provided an answer to a question that is critical to solving this puzzle – how could he, Penner, vouch for the man with him, saying that he knew him to be the Korean Won Hong Kim, whom he knew “from before he entered politics,” when, in fact, Won Hong Kim was in a jail in Taiwan?