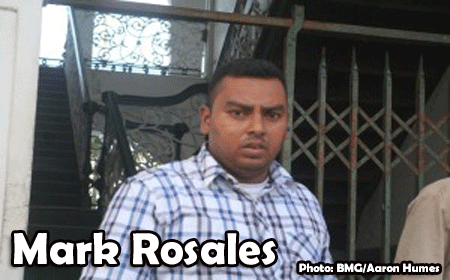 BELIZE CITY, Thurs. Dec. 10, 2015–A major immigration scam, allegedly perpetrated on at least 22 persons who were seeking genuine Belizean citizenship, was kept under the radar until the matter was disclosed by Opposition member for Toledo West, Hon. Michael Espat, in the House of Representatives on Friday, December 4, 2015.

Although Espat seemed to have been partially right, that an immigration scam did take place, he apparently misreported some of the facts, and now Immigration Minister Godwin Hulse is demanding an “immediate and public apology” from Espat for alleging that certain government officials, including Immigration Director Maria Marin, had a hand in it.

On Friday, December 4, 2015, Espat suggested that high-ranking immigration officials had been involved in a citizenship scam perpetrated against his constituents in Bella Vista and Trio, who, he said, were pressured into paying $1,000 per nationality in a “clandestine” manner.

Espat said, in the House, that villagers were taken to a remote area in the Valley of Peace, where they were told to pay up for their nationality and some feared for their lives. Fourteen Belizean nationalities, for which the persons allegedly paid $1,000 to persons purporting to be agents, were granted by the Belize Immigration Department on October 28, Espat claimed.

“At no time was there any evidence, allegation or assertion that anyone at the Immigration Department was involved,” Hulse said, in a reply in the Senate on Wednesday. He demanded an immediate and public apology to Mrs. Marin, as well as another Immigration staffer, Ana Alpuche, who, he maintained, were not involved in the scam. 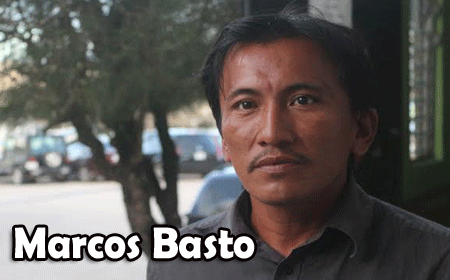 In response to Espat on Friday, Prime Minister, Hon. Dean Barrow, had said that while there was indeed a scam, apparently orchestrated by a person he, ironically, identified as a PUP operative and an associate of Espat, that person, Barrow said, was busted by police who had laid a trap for him.

Freelance reporter, Aaron Humes, had reported via BMG/Breaking News Belize on Thursday, November 5, 2015, that Mark Rosales and Marcos Basto, two residents of San Pedro, Corozal, were charged with 13 counts of possession of false documents, for allegedly falsifying Belizean nationality certificates. (These were the same two persons identified by Hulse as persons charged in connection with the Immigrations scam.)

The men, who had appeared before Belize City Magistrate Deborah Rogers, had pleaded not guilty to the charges. They could, if found guilty, face up to two years in jail and a possible fine of $6,000, or both, and the matter may be tried either by the Magistrate’s Court or the Supreme Court. Humes had reported that the two men were released on $2,000 bail and are due to return to court on Tuesday, December 29, 2015.

Of note, though, is that the details surrounding the alleged scam were not available at the time, and neither was there a police report issued to the media on the matter. When we contacted Humes about his story today, he had not yet made the connection that the persons charged on November 5 were the same persons recently accused in Parliament of the Immigration scam.

Hulse provided further disclosures in the Senate on Wednesday, when he maintained that his senior staff fingered in the scam had no part in it.

He said that on Thursday, October 29, 2015, Bella Vista chairman Juan Martinez called him, alerting him that 12 people had paid for and received nationality certificates from an operative who claimed to be an immigration official.

Hulse said that the following day, on Friday, October 30, Martinez took copies of the documentation to the Immigration Department. There was a meeting with Immigration Director, Maria Marin, and the CEO, and it quickly became clear that the documents were patently fake.

“Everything was wrong,” said Hulse, who explained that apart from the person using the wrong paper, there was no seal and the documents carried a strange signature, not even close to that of any present or past minister.

Hulse said that he and Marin travelled to Bella Vista the following Sunday to further investigate. At the meeting, then UDP standard bearer for Toledo East, Peter Eden Martinez, joined them, as well as a police officer and the Bella Vista chairman.

In the process of interviewing the persons, they were alerted that 10 other nationality certificates had been promised to other villagers, and they were to travel to Belize City the following Tuesday to pick up the documents.

That provided law enforcement authorities with the opportunity to nab the operatives, Hulse explained.

He said that as a result, two persons, whom he identified as Mark Antonio Rosales and Marcos Basto, a former BDF officer, were arrested and charged.

Apart from discussing the Bella Vista/Trio nationality scam, the Senate also discussed a proposal for a Senate investigation into the alleged immigration fraud involving international fugitive, David Nanes Schnitzer, whose Belizean nationality has been rescinded.

In the vote, taken just before the close of Wednesday’s Senate meeting, both the senators for the private sector as well as the church voted in favor of the Senate inquiry, as did the Opposition Senators. The result was a 6-5 vote against the inquiry. The seat for the unions and civil society continues to be vacant.