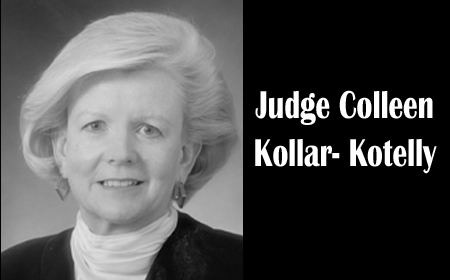 BELIZE CITY, Mon. Feb. 6, 2017–Despite a favorable ruling in the Belize Supreme Court on Friday, granting the Government of Belize (GOB) an injunction against the enforcement of an arbitral award in favor of the Michael Ashcroft group of companies overseas, U.S. District Judge Colleen Kollar-Kotelly today handed down an order authorizing the enforcement of the judgment against Belize.

Law360, a premier source of online law news, announced the development this evening, saying that it represents “a blow to the government of Belize as it continues its fight to avoid payment.”

Belize’s Parliament recently rushed to approve two bills to stop Lord Michael Ashcroft from going after Belize’s foreign reserves, one of them going further to criminalize, through fines and jail time, any attempt to go after Belize’s assets overseas to satisfy the foreign arbitration awards. In all, the awards total BZ$100 million.

However, despite those developments, Judge Kollar-Kotelly today reportedly signed off the order after hearing from both sides in the case. She ruled in lien with the petition filed by the litigants that enough time has passed since the US courts confirmed the award against the Government of Belize, and went on to declare that Ashcroft’s companies can now enforce the award by attaching the Government of Belize’s property in the U.S.

The judge has indicated that her ruling is now final, and there is no issue left for the court to address.