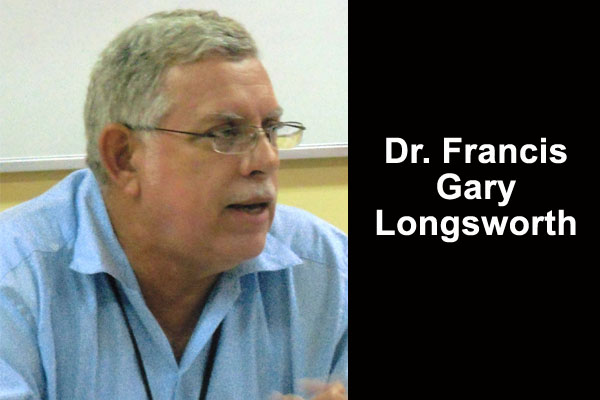 When will Dr. Francis Gary Longsworth realize 13 infants died at his hospital and no one has been held accountable?

Two days after the headline story, “KHMH sued for 5 dead babies,” was published in the Amandala of Sunday, May 4, 2014, Karl Heusner Memorial Hospital (KHMH) Chief Executive Officer, Dr. Francis Gary Longsworth, wrote Amandala’s Editor-in-Chief complaining about the story, saying: “The KHMH administration wishes to document its objection to the above-captioned article which is replete with inaccuracies and misinformation, both by the reporter, Mr. Roland Parks (sic) and attorney, Mr. Kareem Musa.”

But Longsworth’s letter was extremely short on facts, and long on “talking loud and saying nothing,” to paraphrase the late, great Godfather of Soul, James Brown, even though he claimed that the article was “replete” with “inaccuracies and misinformation.”

The lawyer for the five mothers, Kareem Musa, told Amandala that apparently, Longsworth had not thought it worthwhile to send the letter to him, as one of the “accused.”

For the sake of clarity, the law firm mentioned is only representing 6 clients out of 13, and only one out-of-court settlement has been agreed to by KHMH.

Musa, for his part, told Amandala today that he has been working on the case from the very beginning, and that this could be confirmed by the mothers he is representing. He merely confirmed, he said, that a lawsuit has been filed against KHMH, and pointed the newspaper to the particulars of the claim filed in the Supreme Court, which is a public document.

Longsworth took issue with one of Musa’s statements that “intravenous medication syringes were used for several patients,” saying that “the practice has never been accepted or condoned at the hospital.”

It was not the first time that Longsworth has come across that statement, however, because that is only one of the grounds filed in the claim that the law firm is relying on to prove that the hospital’s negligence resulted in the neonatal deaths.

But even before that assertion found its way into a lawsuit against KHMH, the statement was unambiguously present in the Pan American Health Organization (PAHO) report on the outbreak of the bacteria that caused the deaths of the infants in the hospital’s Neonatal Intensive Care Unit.

The observation was made in no less than the PAHO report, which said that: “It is a regular practice seen in pediatrics and neonatology to prepare intravenous medications left in syringes for up to 48 hours. These syringes are piled up in a small container and are to be used for several patients up until their expiry date, which is labeled in a tape surrounding each syringe.

“This practice was already seen in the assessment done in August 2011, and was observed as a high risk practice. The only change observed since the first report was in shortening the expiry date from 7 days to 48 hours. Being a high risk practice for patients (contamination) and for personnel (needle puncture), it should be eliminated,” said the report.

“In the context of the report, a change was made from several days of storage to a maximum of 48 hours of storage — so we did comply,” Longsworth replied when he was questioned about the contents of the damning PAHO report on the prevailing conditions at KHMH, in the wake of the infants’ deaths.

We repeat: Dr. Francis Longsworth’s letter to Amandala provided no evidence that our story was “replete with inaccuracies and misinformation.”

Until he does, we stand by our report.