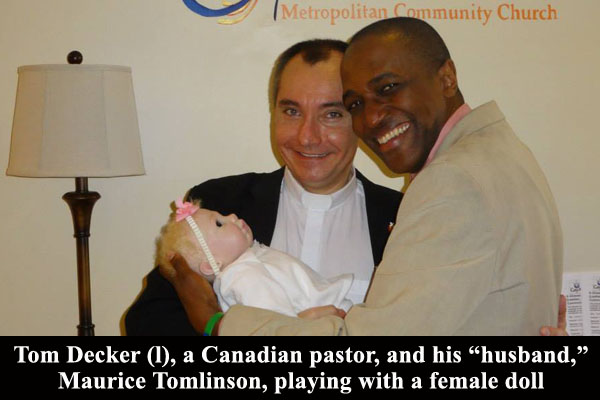 Belize will have to face another round of litigation from the LGBT community over its domestic law in a challenge filed by Jamaican national, Maurice Tomlinson, who this morning won special leave from the Caribbean Court of Justice (CCJ) to file a suit against Belize and Trinidad over immigration laws which Tomlinson claims violate his right to hassle-free movement across CARICOM, under the Revised Treaty of Chaguaramas.

“Upon discovery of the prohibitions contained in the Immigration Acts, he has refused to travel to either state, lest he fall afoul of the law. He claims that the existence of these provisions violates his right to free movement under the treaty,” CCJ president Dennis Byron noted.

Byron said that there is no disputing that Tomlinson is a CARICOM national and that the right to free movement inures to his benefit directly. He also noted that the state of Jamaica has refused to espouse a claim on Tomlinson’s behalf, given his prior unimpeded travel to and from both states.

On May 31, 2013, Tomlinson, who is married to a Canadian pastor, Tom Decker, filed for special leave to commence proceedings at the CCJ, pursuant to Article 222 of the Revised Treaty of Chaguaramas. Last November the CCJ heard arguments made by Jamaican barrister, Anthony Gifford, QC, of Gifford, Thompson & Bright, on why the court should permit Tomlinson to proceed with seeking to have the CCJ hear the matter.

Justice Byron announced this morning that, “…there is an arguable case that the mere existence of the legislation provisions in question amounts to prejudice, as demonstrated by the jurisprudence of the European Court of Human Rights and the UN Human Rights Committee.”

Our newspaper notes that on April 8, 1994, the UN Human Rights Committee declared that Australia was in breach of its international human rights obligations under the International Covenant on Civil and Political Rights (‘ICCPR’).

In the case of Toonen v. Australia, it said that laws criminalizing consensual homosexual conduct between adults violate the rights to nondiscrimination and privacy under the convention. Belize became a signatory in 1996, two years after that controversial ruling.

The UNHRC is of the view that sexual orientation (and protection for LGBT persons) is enshrined in Article 26 of the covenant, which says: “All persons are equal before the law and are entitled without any discrimination to the equal protection of the law. In this respect, the law shall prohibit any discrimination and guarantee to all persons equal and effective protection against discrimination on any ground such as race, colour, sex, language, religion, political or other opinion, national or social origin, property, birth or other status.”

Article 2.1 binds Belize and each state party to the covenant “to respect and to ensure to all individuals within its territory and subject to its jurisdiction the rights recognized in the present covenant, without distinction of any kind, such as race, colour, sex, language, religion, political or other opinion, national or social origin, property, birth or other status.”

Justice Byron also said today that the interest of justice requires that Tomlinson should be permitted to pursue the case, “because the issues raised in the proceedings involve significant aspects of community law, namely, the relationship between domestic law and the obligations under the [CARICOM] treaty which merit further examination.”

The court pointed to the case of Shanique Myrie versus Barbados, in which it signaled the precedence of what it terms “community law” over domestic law. The CCJ said in that ruling that it expects Barbados to interpret and apply its domestic laws liberally, so as to harmonize them with community law or, if this is not possible, to alter its laws.

Byron said that Belize and Trinidad have accepted that they are bound by the decision of the court in Myrie against Barbados, and both countries assert that the homosexual does not fall within the categories of persons to whom entry can be denied, under the Myrie exceptions.

In the Myrie case, the CCJ also addressed provisions for “undesirable” visitors. It said that, “The concept of undesirability must be concerned with the protection of public morals, the maintenance of public order and safety, and the protection of life and health.

“While member states have some discretion when invoking this exception, the scope of the concept of ‘undesirable persons’ is subject to control by the major community organs, particularly the Conference, and ultimately by the Court as the Guardian of the RTC [Revised Treat of Chaguaramas].”

It added that refusal on the basis of undesirability must be based on national law and on CARICOM law, but where the former is inconsistent with community law, the latter – meaning CARICOM law – must prevail.

Byron noted today that Belize and Trinidad have marshaled state policy and practice to demonstrate that homosexuals are not treated as a prohibited class for entry into those countries.

Acting Solicitor General for the Government of Belize, Nigel Hawke, told the court during the hearing last November that the law does not bar homosexuals and it has never been Belize’s practice to bar entry to homosexuals.

(Tomlinson had himself been to Belize on prior occasions to visit his son who was living here.)

Belize contends that the law is not a blanket prohibition against homosexuals, and that there is a clear commercial dimension to it, where the prohibition is directed at the earning of proceeds from such activities – as would be the case for prostitution and commercial sexual exploitation.

Tomlinson said that the United Belize Advocacy Movement (UNIBAM)—which is challenging Belize’s sodomy laws in the Supreme Court in an attempt to have them struck off the law books—had invited him to Belize to conduct training and sensitization sessions in January 2013, and after having learned of the provisions of Belize’s Immigration Act, he declined the invitation, claiming that he is unwilling to break the law to conduct these sessions.

Today, the CCJ gave Tomlinson a deadline of 7 days to file his formal case against Belize and Trinidad.

His attorney, Gifford, received permission from the CCJ today to consolidate Tomlinson’s cases against Belize and Trinidad, which means that he is to submit one application to the CCJ.

Hawke told journalists after today’s CCJ decision: “We now wait for them to file their originating application and then we take it from there in terms of arguments. So we’ll have full and extensive arguments now…”