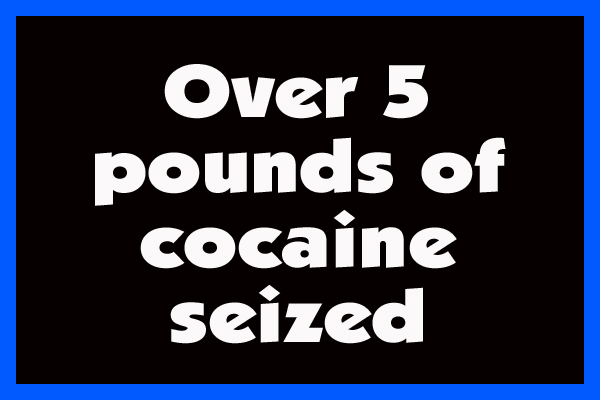 Three Belizeans are in a jail in Chetumal, Quintana Roo, Mexico, awaiting trial after they were captured on Friday with 900 grams — over five pounds — of cocaine. They were intercepted by Mexican Navy marines on Cuauhtémoc Street in Subteniente Lopez Town on the Mexico-Belize border, and charged with drug trafficking offenses.

They were then handed over to the Office of Public Prosecution in Chetumal, where they have been imprisoned and are awaiting trial.

Information to us is that on Friday, the Mexican Marines were on mobile patrol on Cuauhtémoc Street when they stopped and searched a car in which three Belizeans and a Mexican national were travelling. The search resulted in the discovery of over two kilos of cocaine, and the four men were immediately arrested.

A Mexican newspaper reported that the Marines were tipped off by an unknown person who told them that the group of men were travelling in a white car with Corozal license plates, and were in the Subteniente Lopez area.

This is not the first time that Mexican Navy marines in Chetumal have intercepted Belizean men with drugs. On Thursday, February 7, Belizeans Hugo Casanova of Orange Walk and Ermelindo Vasquez of Corozal were arrested in Chetumal after the Marines learned that they allegedly were bringing illegal drugs from Belize to deliver at the home of a known drug dealer in Chetumal.

The Marines raided the house the two men were in at about 3:30 Thursday evening, February 7, and the two Belizeans were captured, along with six suspected members of an organized crime group who were inside the building.

According to reports, 45 kilograms of suspected crystal meth were seized (about 50,000 doses ready for distribution and retail marketing); the drugs were valued at, at least 11 million pesos (an equivalent of USD $1,000,000). The drugs were found in bags in several refrigerators.