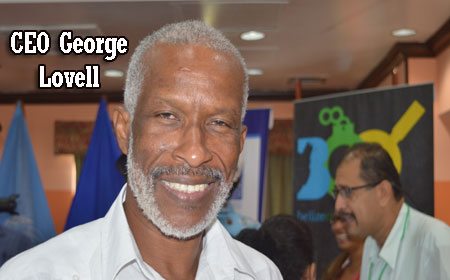 BELIZE CITY, Tues. Oct. 25, 2016–If you’ve been getting the sense that the murder rate in Belize is substantially up this year, official data now confirms that to be the case. With the launch of the Belize Crime Observatory on Tuesday, Amandala asked for a status report from the Chief Executive Officer in the Ministry of Home Affairs, Retired Colonel George Lovell, who indicated to us that at last report on Monday, 115 persons had been murdered in Belize. That rate is alarming, especially since 2015 reported 119 murders for the entire year.

Data published on the observatory indicates that at the end of September 2016, there had been 108 murders, up 21% since the same time last year. It is the major crime statistic which is seeing the highest increase next to the theft from motor vehicles, which is up by 32%.

Lovell said that based on the report he received on Monday, other major crimes, with the exception of property crime (robbery, theft and burglaries), seem to be lower than the same time last year. Robbery is up 8% and burglary 18%, the data indicate.

“When you look at the crime of murder in Belize City, we are below where we were in Belize City, where we were last year, year to date, and what I do note is in Belmopan, we are below where we are but it’s still high, but the area I am a bit concerned about is San Ignacio, which seems to have a very high increase from where it was year to date last year, and in the Orange Walk District that we certainly need to work on,” Lovell said.

Whereas Belmopan reported no homicides for the first 9 months of the year, this year, it reported 6 for the same period; meanwhile, reports of homicides in Belize City were down from 43 to 34.

Belize’s homicide rate, indicating the likelihood of any person falling victim, is 40 per 100,000 per annum; still, the highest rate, reported in Belize City, is 62 per 100,000.
What about sex crimes, we asked. Lovell told us that the rate is down as well. The data indicate that rape cases are down 49%, but cases of violent sexual assault are up at 13%, with Belize City reporting the highest rate of sexual violence.

“If you would compare where we are today to where we were in 2010, it seems to me that people are a little bit more open [about reporting] being assaulted with sex crimes. It was just yesterday on the news, I saw where an individual was saying that… there was an attempt to sodomize him and that he had to fight out of it and ended up chopping or injuring the two persons that assaulted him… normally, when you would have cases like that people would not even want to report it, and I’m saying that because I believe that there is now a new consciousness… and they are now coming to the realization that listen, it is not you the victim who should feel as if though that you should hide anything but you the victim should come out and say what happened so that those who you are accusing… that justice can be brought against them, and that is a good thing, I think, that is a good direction we are taking,” Lovell said.

(To view the crime data, visit: http://crimeobservatory.bz/templates/custom_template/crimedata.html or scroll the app below.)