My own private official “shakedown” 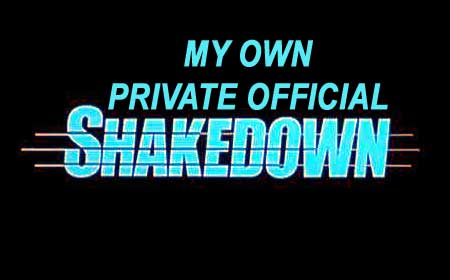 Not revealing any secrets, but the Lands Department is a mess. My story is an example of an “official shakedown” executed by the Lands Department on a member of the public. This is not about passing money under the table to corrupt public officers. It is about public officers using institutional weaknesses to officially exploit people on behalf of GOB. My goal here is not merely to discomfit. It is shared in the hope that the powers that be may heed the warning that the public is aware of what is going down. Many suffer in silence but that does not mean the injustices are not recognized and noted. For the sake of brevity, I have omitted many of the frustrating details and names involved in these events.

In May 2016, ALL paper work and fees were submitted for a land transaction between my family members. Even using a lawyer, I could not get it processed in a timely fashion. I visited the Lands Department in Belmopan in June 2017. I was told EVERYTHING was in order (approved through all steps of the process) and it was waiting in the office of the Lands Commissioner for the final approval. There was no other information. I could not see the Commissioner and I could not make an appointment to see him for two weeks. I do not mean two weeks from that day. I could not even make an appointment until AFTER two weeks had passed. I left disappointed (I was quietly pissed off), but not entirely discouraged.

Month later at about 9:30 a.m., I returned to the office of the Lands Commissioner and explained my situation. The nice receptionist suggested I go downstairs and ask. I refused and explained again that she told me previously that everything was in the Commissioner’s office. She then suggested I email the Commissioner and, again, I refused. Just then a gentleman whom I did not recognize, appeared, listened to my “story” and promised to investigate. I sat down and waited.

About 45 minutes later a young lady appeared asking if I was waiting for a “letter”. I said “no” but I was waiting for a conveyance. She retreated only to return with the gentleman who promised earlier to investigate. He explained that the “letter” (which was more of a form and contained errors) was a “re-assessment” of the value of the property. The property was “re-assessed” at more than TWICE the original stated value approved by the Evaluations Section of the Lands Department. Keep in mind that this is undeveloped land in rural Belize District. The letter with the re-assessment was dated the day I was standing there and my impression was that the new value was pulled out of thin air. There was no way the property had actually been re-assessed by the Evaluations Section. The re-assessment, nevertheless, resulted in $1,250 additional transfer tax/stamp duty. I balked – that was an “official shakedown” right out in the open. Either I pay it or appeal which, based on experience, would delay the process another year and would probably be rejected. Luckily, the Lands Department started accepting credit cards two weeks earlier. After paying the “ransom” at the cashier I returned to the Commissioner’s office with the receipt. The pleasant receptionist and I agreed that I would return for the conveyance at 2:30 p.m. as the office closed at 3:30 p.m. on Fridays. It was 11:30 a.m.

After a delicious lunch at The Oasis at Riviera Beach, I returned to the office at 1:30 p.m. I sat there for almost three hours during which I read, fumed, muttered, napped, stretched, and muttered and fumed some more. At 4:15 p.m., another lady appeared and announced that the conveyance was ready. As if to drive one last stake into my shakedown, she informed me that property owners are not normally given their conveyances when a lawyer originally submitted supporting documents. In this case, however, an exception would be made. I smiled, signed the release, took my document, thanked her profusely and made a quick exit before something else happened that would drive me over the edge.

While I personally survived that ordeal, I only imagine what others go through. The department seemed to be completely unmoored from process, transparency, and service. Like many others, I dread having to deal with the bureaucracy/institutions ostensibly there to serve the people of Belize. This undermines confidence in our institutions and sustainable development of Belize.