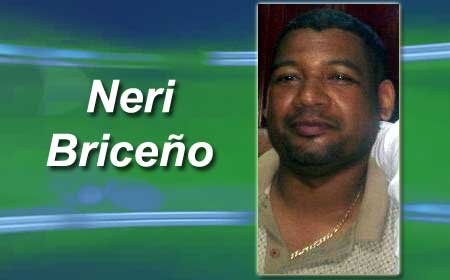 Belize at 36 years since independence is a very young country by global standards. By extension the political power structure, party politics and the political process are also very young but have turned out to be extremely flawed. The blame for most of this can be placed squarely on the shoulders of all those who have served in the House of Representatives, since there were sufficient examples in the world of what a vibrant, progressive democracy look like.

However, the vast number of politicians and those aspiring to serve the people have three things in common — self-preservation, greed and the lust for power. Others were more preoccupied with building personal family fortunes, political dynasties and the power base of their respective political parties. In other words party politics became kind of a business enterprise for them. The end result is the Belize of 2017 and the nation we now live in.

Belize could have turned out a whole lot better for everyone if the politicians had really led the nation down the right path and supported the people. In the confusion of all the political drama that surrounded Belize since its colonial period, one element that was consistently ignored were the real needs of the people. The political directorate, either by being naïve or deliberately, always failed to truly educate the masses as to what power they really had in the governing of the nation and what a real impact they could have in charting the positive future of the nation. This was because it was detrimental to their interest.

While there had been mass movements in Belize’s history before, during and after the colonial period, people power to make changes and act as the check and balance for the political system was rarely attempted. What was done was that the political system made the population feel important, or a real part of the democratic process, just one time in their 5-year term, and that was election time. The population on the other hand felt empowered, confident and gained an invisible high on the thought of being needed and they willingly embrace the courting of the political parties during election season. After that, their usefulness pretty much evaporated and the politicians absolutely loved it that way.

In the end, the system never changed and the political parties became mirror images of each other with only party colors differentiating them. However, with time the Belizean public became more politically educated, as a result of travelling and studying abroad; TV brought an even greater scope and even more so today, social media. Belizeans realized that the masses had the capacity and the capability to topple governments as in the case of Marcos’ Philippines, Ceausescu’s Romania, Yeltsin’s Russia and, more recently, the Arab Spring. But one even closer and one example that I hate to use is the recent removal of Guatemala’s last President, Otto Perez Molina, after huge demonstrations and heavy public pressure brought a disgraceful end to his short-lived presidency.

Belizeans on the other hand have failed to see the immense power that they have and that ultimately the destiny of the nation rests with them. The problem is one of unity for a common cause and that is even more prevalent with the Indigenous and minority populations. It is an open secret that Belize has some very filthy rich people whose wealth in most case was not obtained legitimately. We have developed our own “One Percenters”, and these same “One Percenters” in the vast majority of cases are not Indigenous people, black people or even remotely representative of Belize’s native population. In other words, to put it bluntly, you won’t find any Maya, Ketchi, Blackman, East Indian or Garifuna in that league. The “One Percenters” are the same people who have the greatest amount of power, are above the law and have the greatest political connections for the simple reason that they have money. Yet they are about 1% of the entire population and the 99% who were courted during the election cycle have none.

The key to success is an unwavering unity that is stronger that any political party, any politician or administration. I have always advocated that the Maya/Ketchi Alliance, Creole Council, National Garifuna Council and East Indian Council need to forge closer cooperation since these are the people who the politicians come to for votes and are probably the most disenfranchised people in the country. Racial, cultural and ethnic barriers need to be broken down and common causes established. Similarly like the National Trade Union Congress of Belize (NTUCB) as the umbrella organization for all unions, likewise one must be established to represent these groups. The umbrella congress, if you want to call it that, would have what the government fears the most — numbers, which translates into votes. This organization would be in the best position to make demands on any future administration seeking votes with the promise that their needs would be met. The beauty about it is that once this organization endorses a candidate or a party the group would vote in bloc. If the administration reneges or fails to live up to its commitments, they have enough numbers to take to the street and demand change. The BNTU, even without the promise of bloc votes or the capability to guarantee it, was able to humble one of the most arrogant administrations and bring it to its knees. Now imagine what an organization comprised of all native groups would be capable of doing.

If we were to really examine what is the key factor that has contributed to the success of the different racial groups in Belize: Mennonite, Asian, Caucasians and Middle Eastern, the one factor among many is unity and there is no way that their population is larger than ours. We are the ones who support their businesses and make it so they can make a profit. These profits are the same monies that are used to finance political parties and the politicians who enable them to live the “One Percenters”’ lifestyle. With unity, we will be able to support our own businesses and have not only voting but also financial power.

The leadership of our cultural groups needs to look at the big picture for the survival of their people. No one group in itself is powerful enough to enact change and in most cases the groups themselves are so fragmented that they themselves have a certain degree of infighting. As always party politics had a way of poking its ugly head into most organizations in Belize and cultural organizations are no different.

Take an example from the Native Americans in the United States, which was one of the races which has suffered the most under any government. The first success that the Native American had was to unite. Each of the hundred plus nations which is representative of every Native American group formed one umbrella organization. It enabled them to first get attention because of its mere size and, secondly, lobby for the rights they wanted, which in their case was land rights and eventually financial independence fueled largely by casino revenue. While their struggle has not been perfect and they are not completely in a spot they would like and much work still needs to be done, their situation is much improved. They have become a force to be reckoned with and a powerhouse on the American landscape in their own right.

Apply this same model in Belize with all local cultures and you will see opportunities increasing, minority businesses flourishing, crime decreasing and the standard of living improving for the people who make up the largest percentage of poor people in the nation. But what this requires is political education from those who have no vested interest but rather pure interest to see the nation advance and that there is an equal sharing of the nation’s resources. None of the other cultures that make up Belize’s “One Percenters” have any kind of intellectual or ancestral advantage over the Maya, Garifuna, Creole or East Indian people. All come from a lineage of people that have been around from the beginning of time and cultures that built nations and empires, so the problem is not one of knowledge but rather one of being able to harness that knowledge through a collective interest for the wellbeing of each other and realizing that all are suffering the same plight. The answer to our plight will never be party politics. Parties, like politicians will come and while some may ease the burden on the most venerable population, it is up to those same groups to lift themselves up.